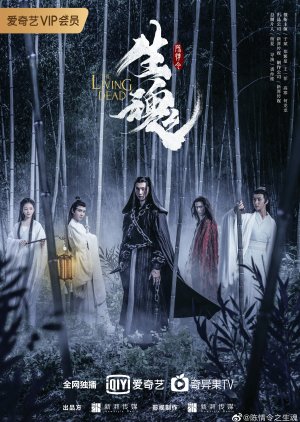 Near Qishan Mountain, there is a little town called Fu Feng, which is nicknamed the "City That Never Turns Dark". There, lies a legend of the "Lit Lamp Murderer". Wen Ning arrives at Fu Feng, and he realizes the abnormality of the town; the whole town is filled only with the weak and sick; and is very run down. When the night arrives, Wen Ning purposefully lit up a lamp to attract ghost shadows. Just as he was about to capture them, a ray of blue sword light appears and the black shadow disappears. Wen Ning looks up, and sees his famillar friend, Lan Sizhui. Wen Ning and Lan Sizhui decides to work together and solve the mystery and capture the culprit behind the mysterious incidents. Edit Translation 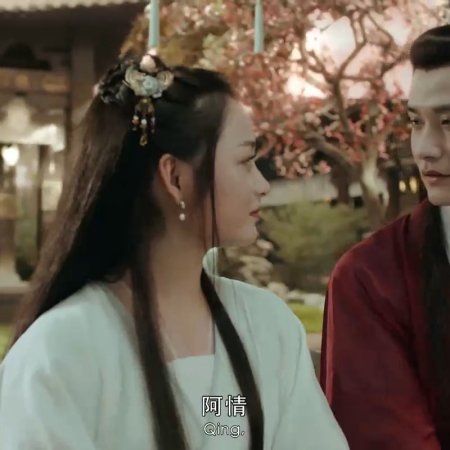 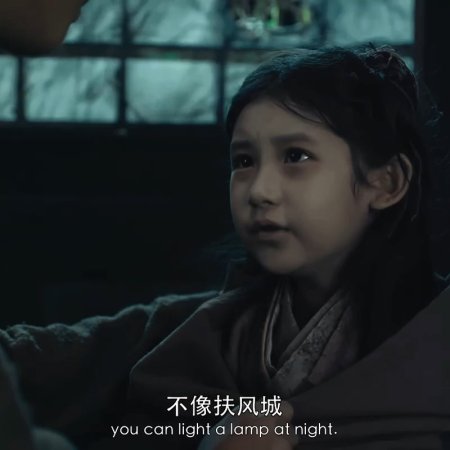 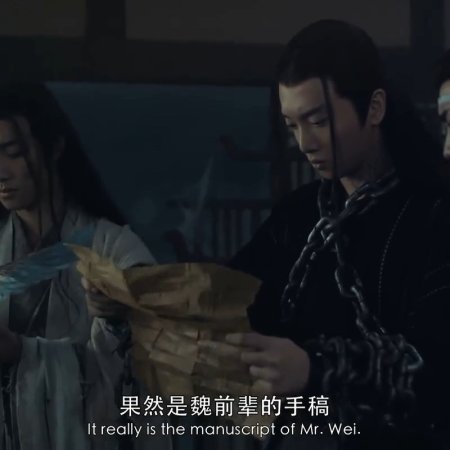 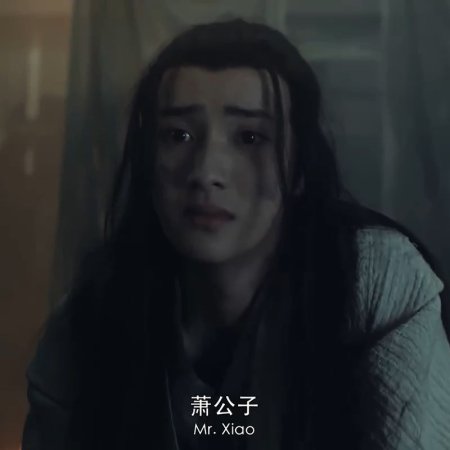 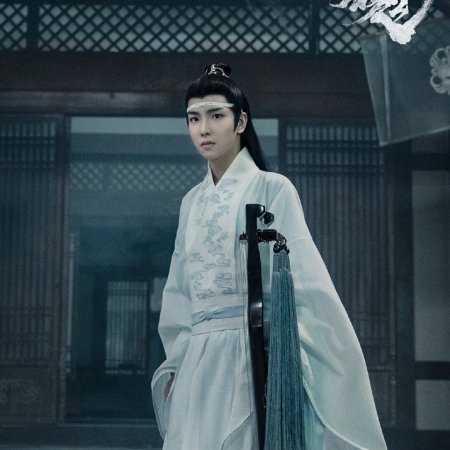 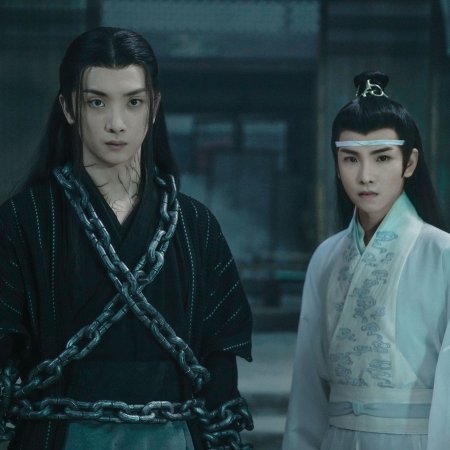 Completed
Ai-chan
7 people found this review helpful
Other reviews by this user
0
Nov 9, 2019
Completed 0
Overall 9.5
Story 10
Acting/Cast 9.5
Music 10
Rewatch Value 10
This review may contain spoilers
Story - I must give two thumbs up for the screenwriter for not ruining the original storyline.. it's only about Wen Ning and Lan Sizhui's adventure and they didn't change anything major.. the story is pretty enjoyable as I love to watch mystery and adventure ^^ They made many references to The Untamed so we won't be lost and take it as a whole new movie..

Acting / Cast - As always, Yu Bin did a really good job! He is such a wonderful actor.. his acting never failed to amaze me.. I understand the need to change the character.. they can't make a naive and foolish boy as a main character of a mystery movie, right? XDD but I see their effort not to make Wen Ning too out of character.. it's still our Wen Ning who depends and trusts his Young Master Wei the most :""") the other actors aren't bad.. but idk because they changed the director or what, the acting isn't as good as The Untamed (even Zheng Fanxing).. I mean they aren't bad, but if you make The Untamed as comparasion, The Living Dead is a bit of lacking.. so I decided to take away the 0.5 star XD

Music - Since I'm already familiar with Yu Bin's Chi Zi, I enjoy the music very much.. I watched the ending credit until the song ended lol.. and I almost cry when I heard Wu Ji in the scene where Wei Wuxian appeared.. It really give the feeling of nostalgic~ I don't have any problem with the other music.. they are pretty good too..

Rewatch Value - Sure. This is a pretty good movie to kill time.. I will rewatch it when I have free time.. ^^

Overall - I highly recommend this for all The Untamed fans.. but I must take the 0.5 star because it stands behind The Untamed's shadow (and I decided not to give any drama 10 except The Untamed to appreciate the masterpiece X"D)

Completed
katief
4 people found this review helpful
Other reviews by this user
1
Nov 7, 2019
Completed 1
Overall 9.0
Story 10
Acting/Cast 10
Music 8.0
Rewatch Value 8.0
Was good, I liked it ^^. Kind of like a double length episode of The Untamed in the vein of the Xue Fang character/story in Yi city, with an added dash of some Wen Ning personal growth (more than just a cinnamon roll ????).

The story setting is a night hunt in a town where they're afraid of lighting their houses at night for fear of attracting killer ghosts, so, while the film producers have still shot it very well for that kind of low lighting story background, people might need to adjust their monitor's brightness level up a bit.

My only strongly felt criticism of it would be that the music score wasn't really in keeping with The Untamed series. I would've appreciated the connection to the series background within the movie's soundtrack. Our memories of our experiences are founded on our senses, and like smell and taste, hearing/sound also matters in that respect. The electric guitar soundtrack in the big fight scene kinda grated on me. Hopefully my pointing this out doesn't ruin that scene for you. It's not that the electric guitar ruins the scene, it does kind of fit in it's own way. I just didn't think it thematically aligned to the series.

Fangirls (and boys) of the source material 'Grandmaster of Demonic Cultivation' will likely whine a lot about the lack of their favorite fantasy love/p?rn match, but I'm good with it. I appreciate the delving into the side characters as main characters in their own right. If anything I would've like to know the story about Wen Ning reverting back to wearing the chains. Also, too short, I want MOARRRRRRR!!!! I guess I'll have to hang around waiting for the next spin off ????. Hopefully the next one is released before that 1st month free of VIP iqiyi subscription runs out or else I might actually have to keep the subscription! (Meh, not too much of a pain, I tend to watch mainly c-drama/fantasy these days anyway, which is saying something on the state of television in english speaking countries since that is the only language I speak).

In keeping with 2 of the 4 ratings areas of music and rewatch value, I took half a mark off because that electric guitar in the big fight scene and general lack of consistency of score in line with the series (there were moments that aligned but otherwise...), and half a mark off for rewatch value. It isn't a heavy impact or ground breaking piece of drama that makes you want to commit yourself to rewatching it annually, but it is something to revisit on a rainy day if you feel like it.

Edit: After thinking about it a bit more had a bit further to add. (I've always been long-winded. Duìbùqǐ) The series is heavy on the feelings of the despair due to the inevitabilty of human failings and the comfort of comradery amidst that despair. This movie is light on those emotions. This might also lead to some viewers feeling underwhelmed.
--------------
A side note: in the lead up I was kind of hoping this movie was going to be the exploration of the Wen medicine family's death story since (1) that's what SuiZhui and Wen Ning have in common and (2) their sacrifice scene in saving everyone from the horde of attacking corpses in the Grandmaster of Demonic Cultivation novel didn't get in to The Untamed series. I thought the exploration of that story aspect might have also been able to lead to some good character growth for both Wen Ning and SuiZhui. That hope is obviously unfulfilled ... but I'll cling on to it. Maybe it's something they'll think of doing in future... ????????