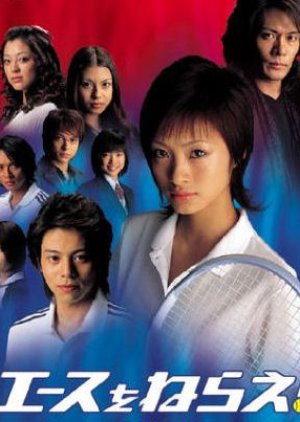 "Ace", an all time favorite comic book that sold 15 million copies is finally dramatized! A positive success story of an ordinary high school girl who gradually discovers her hidden talent of tennis through severe trainings designed by her strict coach. Can she every become an "Ace" tennis player? Hiromi Oka decides to join the high school tennis club from the moment she saw the star player Reika's (Matsumoto) excellent and smashing play. However, once the tennis lesson began, Hiromi finds herself bored in the succession of simple practice swings. One day, Munakata becomes appointed as the new head coach of the tennis team. His special training was nothing but original, extreme, and severe. In addition, he suddenly chose Hiromi, a tennis beginner, to be the member of the up coming tennis tournament Not only Hiromi, but also her teammates become confused and take the odd situation unfair. Jealousy of her friends and teammates mounted, and they started to talk behind her back. Finally, Hiromi decides to leave the team and run away from the uncomfortable reality, but the coach strongly refused. Instead, he gave her an even more severe and personalized training. --TV Asahi Edit Translation 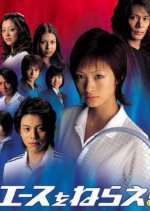 Completed
superpasta
3 people found this review helpful
Other reviews by this user
0
Sep 24, 2012
9 of 9 episodes seen
Completed 0
Overall 9.0
Story 9.0
Acting/Cast 10
Music 10
Rewatch Value 7.0
I watched this drama during a time that i was not an aya fan, if anything i was just watching dramas alphabetically. i was stunned by the acting and the messages of the drama. i did not care about love or anything else in it, if anything i was interesting mostly in the relationships of the athletes. i used to play tennins but because of this drama i came to regret that i stopped it. it's a drama of passion, youth, concentration, setting goals, trying hard and with music that definitely motivates you , it defiintely leaves you inspired by the end of it. Bullying became another issue of this drama that had to be resolved and as much as people sometimes do not want to admit it, bullying is one of the worst form of violence. I live in a country that bullying doesn't happen in extremes so ace wo nerae was another drama that showed me more about the nature of bullying which i so much was interested in froma psychological point of view. Inspirational dramas are always great in my book so I cannot help but give an overall 9/10 grade. the music was great, the acting was great, you could actually feel what the characters were feeling, the story overall it had a lot of points that i agreed to however one thing , i really thought it was not fair and also i did not see how such a wonderful thing would obstruct her too much and the struggle she had to go through because of the coach was clearly unfair for someone her age.

New Topic
Be the first to create a discussion for Ace wo Nerae! 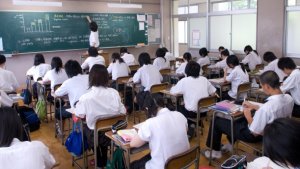