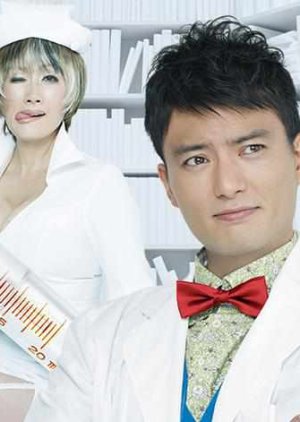 Kano, the leader of a yakuza group, has the courage and spirit of a yakuza to be unfazed even if he is held at gun point. He has authority over those around him and plays tough. Recently, however, he for some reason or other gets unnerved when he sees sharp-pointed objects, and suffers from symptoms of nausea and breathing difficulties. Kano is alarmed that it will affect his life as a yakuza if this goes on. At the encouragement of Kazumi, his common-law wife, he visits the Department of Psychosomatic Medicine at Irabu General Hospital. Waiting at the department is the eccentric psychiatrist Irabu Ichiro, who happily greets patients “Welcome!” Kano struggles to be threatening and tries to keep up appearances, but Irabu and the nurse Mayumi pay no heed and gleefully give him an injection. Thrown off by their behaviour, Kano just listens to what seems like Irabu’s conjecture to “try wearing sunglasses since he is a yakuza” and leaves the hospital. However, the effectiveness of the sunglasses in protecting his eyes is fleeting, and the symptoms of his phobia progresses. Meanwhile, the Higashiyama Association to which Kano’s family belongs, is to make a blood petition in preparation for their fight with rival Kitsuan-gumi. The mere thought of cutting his finger with a dagger makes Kano cringe with fear. To satisfy his curiosity, Irabu offers, “If you cannot cut yourself, I’ll do it for you!” -- Jdrama Weblog Edit Translation 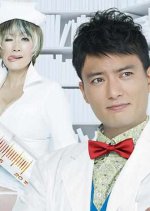 New Topic
Be the first to create a discussion for Dr. Irabu Ichiro