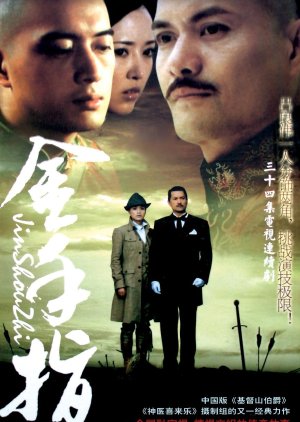 This drama will remind you of "The Count Of Monte Cristo" by Alexandre Dumas. "In the late Qing Dynasty of ancient China, the city Tianjin was also influenced by the Restoration of 1898. The Great Qing Dynasty declined. Tang Qingshan (Lv Liangwei/Lui Ray) was also influenced by the new thoughts, however, he had been doing a booming business and engaged with Shi Peizhen (Yan Danchen) who was a gifted girl. She had dressed up as a boy and sworn to be brothers with Tang Qingshan and his best friend Fei Yongjia(Wang Tonghui). On the wedding day, armies abruptly flooded in to search house and confiscate the property under the name of "collusion with parties and coveting the royalty". Tang Qingshan and his father were arrested. The father died and Tang Qingshan was condemned to be in jail forever. Fei Yongjia was longing for Shi Peizhen secretly. One day, Fei Yongjia took a finger of Tang Qingshan and the marriage ring to Shi Peizhen, and told her that Tang Qingshan had died in jail. Shi Peizhen got married with him. Tang Qingshan woke to find that his middle finger of left hand was cut and the ring was lost. In despair he got to know an odd masker who called himself infante. It is quite strange that the two persons looked alike, and more strangely the infante also had an erased finger in his left hand, but his was decorated with a golden finger. Since then the infante taught him Shifty Bones (a fabulous martial art of ancient China), so that they could escape from the jail in the future. Year by year, the outside world had changed a lot. The Empress Dowager Cixi had died and Yuan Shikai ascended the throng. In the help of the infante, Tang Qingshan escaped from the jail. After fifteen years, a infante with a golden finger and a beautiful young lady named Meng Ting Ting (Chen Li Feng) came to the dilapidated old house of Tang family. Who was the man? Was he an infante or Tang Qingshan? Thereupon a quaint and interesting story begins..." (Credits: show.kw2007.com/hsukaijui) Edit Translation 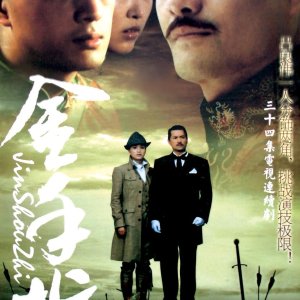