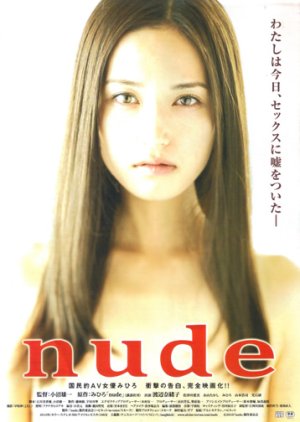 After graduating from high school, young Hiromi moves from Niigata to Tokyo to pursue her dreams of becoming an actress. She first starts out in the adult film industry under the stage name of Mihiro ... Edit Translation 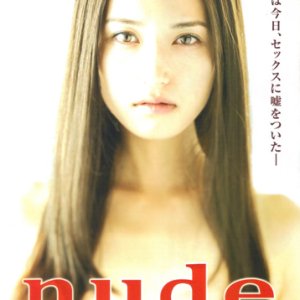 Completed
Senpai
0 people found this review helpful
Other reviews by this user
1
May 29, 2017
Completed 1
Overall 7.0
Story 7.5
Acting/Cast 9.0
Music 9.0
Rewatch Value 6.5
Nevertheless, it has a consistent history.
Despite the title "Nude" the film does not feature explicit scenes, it is a documentary film about the AV actress. Japanese style semi-exposed movie that takes the form of the actress's advantage in the industry in which she works.
I believe this is a movie based on a semi autobiographical novel written by none other than Mihiro herself. I've heard of Mihiro, but I'm not familiar with his work. From what I understand she was a very prolific workaholic in her field, and became one of the most successful AV actresses, and nude model of her era, now scattered by scandals and drugs. Through her work she managed to become a regular actress and even a TV personality realizing her dream when she was in high school.
As mentioned, I'm not very familiar with Mihiro's works, and just realized that this is a movie about her because I've heard of her name before. She probably had what it takes to get the success she has. Real life Mihiro appears a few times in this movie as well. It's an interesting look at the Japanese porn industry. As usual, the Japanese seem to take their jobs seriously, and the producers (at least the ones she worked with) were not at all scruffy, but continued to produce their videos with dedication and professionalism. (Here comes the old story of not generalizing).
For people who are unfamiliar, this is a somewhat slow movie, which does not have many ups and downs to its story. "Nude" was well thought out and produced, presentation is rich in detail, consistent scenes without being vulgar harmonized with a beautiful soundtrack, performed by expecional cast where we can classify it with a trajectory film where Saori Hara interprets "herself" this Is your story, your dream, many ask what leads someone to pursue a career in this type of work, the answer of many is because of relatively easy money, for me it is another ...

New Topic
Be the first to create a discussion for Nude