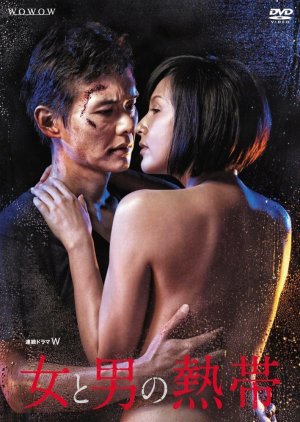 Sonoko (Norika Fujiwara) is a reporter at JBS TV, but her passion for reporting is dwindling. She hears from a former source that Shindou (Atsuro Watabe), who killed his wife and child in the U.S, has now come back to Japan and is planning a revenge murder. Based on that information, Sonoko locates Shindou's home and begins staking out his home with her colleague Nomura (Kento Nagayama). Shindou works at a meat factory and doesn't seem to associate with others. He doesn't look suspicious, but Nomura notices a listening device is set up in Shindou's home. Meanwhile, the local media reports a high number of female high schools who has yet to experience their first menstruation. Media reports suggests that the cause may be a dioxin leak from a garbage furnace. Edit Translation 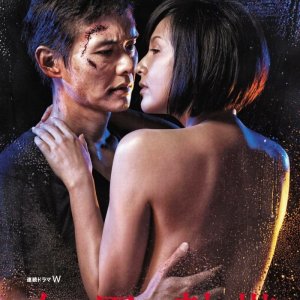 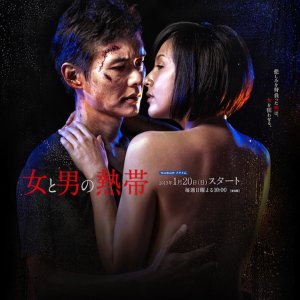 This show had a lot of potential but it didn't use any of it.

The overarching conspiracy plot is not new at all and you will be able to figure it out waaaaaay before our characters do. But they keep being all mysterious and when the moment of the big reveal comes it doesn't have any impact at all because you knew all along.

When reading the synopsis (it was a different one than on MDL, hinting at attraction between the reporter and her object of surveillance) in addition to the revenge plot it was the romance/attraction aspect that intrigued me, but they didn't convince me at all. I felt like there was a switch: One moment no attraction, just focusing on work, and the next moment they remembered they where supposed to be attracted to each other and switched it on. I use attraction instead of romance on purpose here, because calling it romance wouldn't fit.

Also, Miyabe is faced with some moral questions but the topic is just brushed aside and she just irgnores what should have been on her conscience. This leads to her doing some VERY questionable stuff and makes it really hard to like her or sympathize with her.
It's similar for Shindo, who doesn't seem to care about his living son at all, which also made him unlikable to me. I felt really bad for the kid.

It would have been great if this show had elaborated the moral dilemmas faced by the two and maybe also explored their relationship a bit more instead of focusing on a conspiracy/revenge that everyone has seen in some other movie or drama a few times before.

In addition, this show is really slow. It took forever to get the story started and there where lots of boring scenes in every episode. Even if it's only 6 episodes, it felt like a long watch.
The actors didn't really stand out in either a bad or a good way, but I think they where limited a lot by the writing anyway. The kid did very well though.

If you read this far I guess you already know I can't recommend this drama. Better skip this and watch something else!