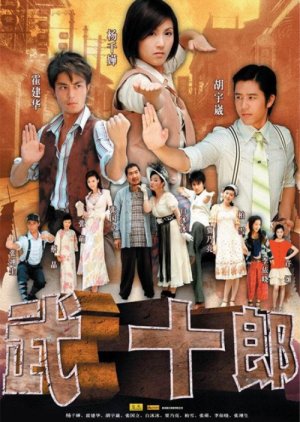 Fearing that her husband might leave her due to her inability to bring a boy to the family, Mrs. Wu declares her tenth daughter her "tenth" son, who is later named Wu Shi Lang. The goal is for Shi Lang to win as many martial arts competitions as possible, as that's all her father seems to care about. Conflicts arise when she finds herself falling for her childhood friend, Li Ya Shou, who is determined to marry the rich. To stop him from marry the wealthy Lei Xiao Yu, Shi Lang defeats Ya Shou in a martial arts competition. Xiao Yu is greatly impressed and insists on marrying Shi Lang. Things further complicates, when Xiao Yu's brother, Lei Sheng Da, encounters the dress-wearing Shi Lang and falls head over heel with her. Shi Lang realizes she is in deep trouble so she skips town after telling everyone she is a woman. Sheng Da follows her to the new town. Although, Shi Lang and Ya Shou are becoming more than friends, Sheng Da's persistence begins to touch her heart, too. Edit Translation 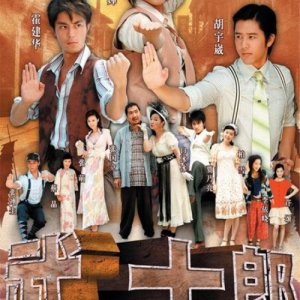 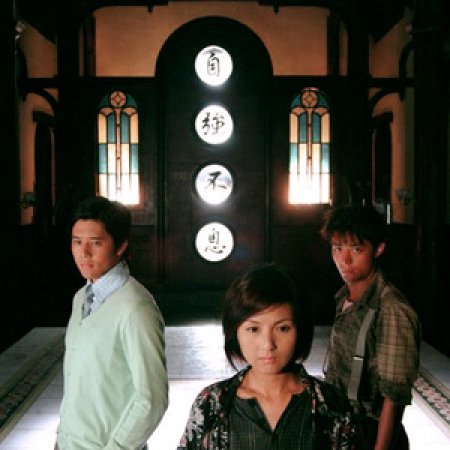 Completed
Totoro
16 people found this review helpful
Other reviews by this user
0
Jul 2, 2013
33 of 33 episodes seen
Completed 0
Overall 7.0
Story 7.0
Acting/Cast 6.0
Music 5.0
Rewatch Value 7.0
It is a long time ago since I watched this drama, so I don't remember all the details. But there was no review or even a comment to this series, so I wanted to write something.

I liked the series. I remember it as easy to watch, with a lot of funny moments. If you are looking for sophisticated humour, you're in the wrong place, it is more of the slapstick kind.

The mother was a great character, but I loved Saul (Li Ya Shou) the most. He was very cute. Lei Sheng Da was quite nice too.

The acting is not great, but I had the feeling it was somewhat done on purpose. It was just the typical overacting you see in more of the Chinese drama's.

If you are looking for something light and funny, with a bit of gender-bender and cute romance this is a series for you. Be aware that there is a love triangle (I know a lot of people are getting sick of those).

Please like my review. Reviewers need love too! For more reviews: http://reviewasianseries.com/

Completed
Noelleung
2 people found this review helpful
Other reviews by this user
0
Jul 8, 2019
33 of 33 episodes seen
Completed 0
Overall 10
Story 10
Acting/Cast 10
Music 10
Rewatch Value 10
This review may contain spoilers
Do not miss out with this one if you get a chance with it in eng sub, I watched it on AZNV years ago not sure where to find it anymore. The comedy in here is just hilarious, the characters are so funny that you cannot take them seriously even if the things they do are so unreasonable at times.

First, I got to say I love all the characters equally, each and everyone played sooo so so well, my favorite got to be Shen Da (Santo), but everyone else is still too good to forget. Nobody is a time killer (filler), that makes the pace ongoing forever and ever without a rest. No boring parts at all, every scenes are so creative!

Wallace Huo - First time I see him ever play such a wacky foolish guy, super silly, it is totally like Li Xiao Yao (Hu Ge, Chinese Paladin). His acting is great! He can be mean and annoying, but so funny that you don't actually mind how annoying he is.

Merriam Yueng - I fell in love with her in this drama, I've seen her acting before but I just fell in love with her in this drama. My initial thought is, she looks so much like Sammi Cheng. Both talented ladies, I like her and Sammi equally too. I first saw Merriam in "Elixir of Love" with Richie Ren, it's a great movie to check out as well. She played an ancient-time princess who suffered from smelling very bad since birth. Her parents love her but have to keep her away from people, so when she grew up, she ran away from home and met with a flower guy (Richie) who used her for his experiment before he goes to cure the princess (who is just her he doesn't know). The clothings and settings in that movie is just amazing! They visited places with beautiful flowers in making the elixir. She looked like a real princess, running in long beautiful chiffon dress, it's like the Disney Mulan animation.
Back to Wu Shi Lang, Merriam is so funny and so cute! It makes total sense why Wallace and Santo fight over her (very hilarious), she is worth it in every way. This actress is great with comedy, I got into some of her Hong Kong movies like Love Undercover too, it's very funny and a must check out as well.

Santo - I love this guy because he is the most adorable thing ever. The way he pursues Merriam is insane, he doesn't come off annoying even though he is so desperate for her. He is very persistent, she told him to go away but he never gives up and it's just too cute and funny. He's a talented guy (martial arts), but sometimes he's so dumb which is very cute too. He's my favorite because he's so darn nice, and deserves so much better at the end. But all the other characters are no less than him, they are all very comedic as well.

Sherry - Santo's sister. She is beautiful, kind hearted but spoiled and unreasonable at times. I think some people can find her annoying, but I don't get annoyed by her at all. I find her very funny and entertaining with her whinings. She is Beautiful! A great eye candy for sure. Like everyone else, she can get very hilarious sometimes too.

Santo and Sherry's mom - Probably the funniest character out of everyone!!!

Wallace Godfather - Another extremely funny character. His gongfu works like magic, my favorite scene is everytime when they try to catch this guy. He is crazy.

Bai Xue - My favorite Xian Nu from Handsome Siblings. She too plays as an annoying, unreasonable, despicable, mean character that is so cute to no extent that you don't actually hate her at all. She is just funny, and very entertaining. You can't take it too seriously. It's like Sherry's character, although she is much more cruel than Sherry.

Chris - He is a bit like Santo. He's very very nice and compassionate, and loyal too. I love this guy to death like Santo. Like who would not want to marry this guy ever? He is so persistent in pursuing Bai Xue's character, unlike Merriam who isn't cruel to Santo, Bai Xue is quite cruel to Chris. But Chris still always love her. His character is amazing, he's super strong so and can grab all these huge things although he cannot fight, it's hiliarious. 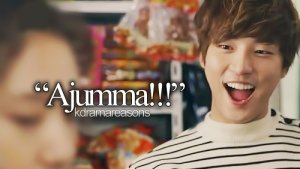 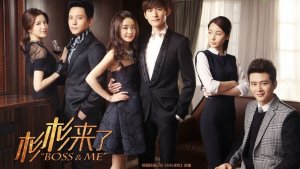