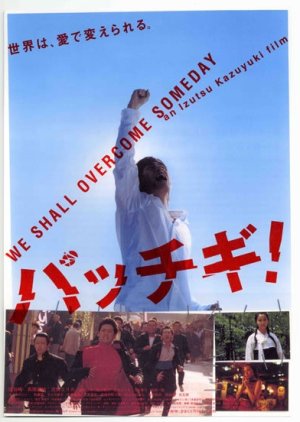 Romeo, A.K.A. Kosuke Matsuyama, is a second-year high school student. A nice, normal, nonviolent type, he suddenly finds himself in the middle of a rampaging crowd of Korean boys, outraged by insults perpetrated by several of his idiotic class-mates on two Korean girls. He makes a narrow escape, but soon after, he and his best bud Norio Yoshida are sent by their home-room teacher to invite the Korean students to a friendly soccer game as a way of restoring the peace. Trembling like black-uniformed leaves, they enter enemy territory, where Kosuke encounters a doll-faced, but serious-looking girl Kyung-Ja Lee playing a Korean folk song, "Imjin River," on a flute. He and Norio Yoshida are also nearly lynched by her older brother Ang Son Lee and his gang, but he is already smitten -- and eager to learn that haunting tune. The story concentrates on Kosuke's struggle to not only master a song, but win the love of a girl who seems to live in an alien, hostile world. Meanwhile, Ang Son and his crew are street-fighting with Japanese toughs as if playing a contact sport, with one side scoring hits, then the other. He is macho to a fault, but when he learns that his sweet-heart Momoko is pregnant and determined to keep the baby, he faces a choice that makes him quail: grow up or cop out. Edit Translation 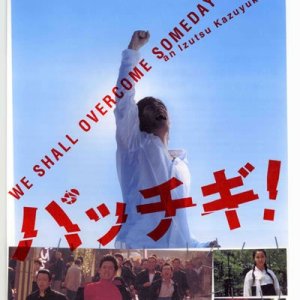 New Topic
Be the first to create a discussion for Break Through!