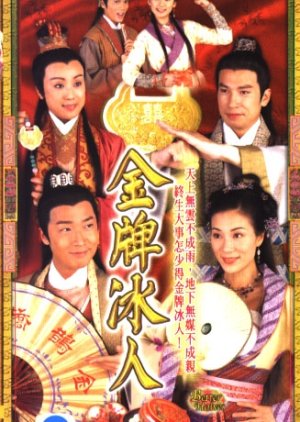 A romantic comedy about the Ling Wu family who have a tradition of matchmaking since the Jin Dynasty. Appointed as the Official Matchmakers during the Tang Dynasty, a son to carry on the family tradition becomes even more important. The head of the family is very ill during the birth of his child -- hoping that the Old Master will get better, his first wife informs him that he finally has a "son" by his second wife to take over the family business. But he dies right after naming his "son", Ling Wu Hei. Only the first wife and one servant know that Ling Wu Hei is not a son, but another daughter. Even her real mother does not know. Ling Wu Hei grows up to be educated in the Classics, skilled in the martial arts and as the honorable head of the family and the Official Matchmaker, judges disputes among matchmakers and their clients. Things become interesting when the Lin family has an open competition with a large reward for a suitable son-in-law. This attracts both the honest and not so honest matchmakers. Go Fei, a skilled former military official, appears, searching for his ideal bride, the young woman named "Xin" who rescued him. Ling Wu Hei also has her own problems with her lazy brothers-in-law who are working in the family business. Golden Fan struggles to get the best of Chuen Ka Fuk, a rogue and a genius at marketing, who seems to be going after her own matchmaking clients. Couples are matched up, problems arise ... will Ling Wu Hei's secret be uncovered? What will happen to her position? Will Go Fei find his love? What is Chuen Ka Fuk's secret? Will Golden Fan resolve her dispute with Chuen Ka Fuk? Edit Translation 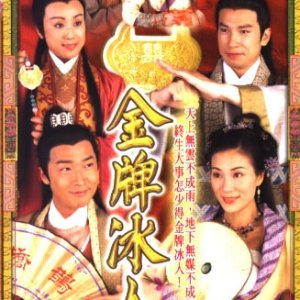