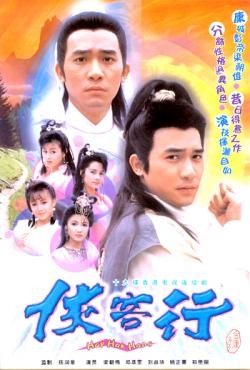 The series is based loosely on Jin Yong's novel Ode to Gallantry. Twins Shek Chung Yuk is cunning, smart, and a fast thinker, while Shek Po Tin is more sentimental, naive, and innocent. The twins were separated at birth. Their parents were known as 'Black and White Swords' in the mo lam world. After killing the godson of "Ghost", Ghost returned on the twins' one month birthday to avenge his godson. The parents could only save Chung Yuk and believed that Po Tin was killed due to a sword through his heart. Because they were afraid of 'Ghost', 'Black and White Swords' lived a discreet life and did not teach any martial arts to Chung Yuk. During all those years, Po Tin was raised by a hunter. In one incidence involving Yuk's encounter with Ding Dan, his parents' identities are revealed. To protect Yuk, he was sent to 'Snow Sect' to learn martial arts. On the other side, baby Tin was saved and raised in the forest by the hunter. Later, the hunter dies and Tin was cheated by the leader of 'Heaven Union'. They lied about his origins and forced him to become the leader of 'Heaven Union'. The greater part of the series deals with the complications that arise as the twins are mistaken for the other, not only by members of the sect (for ulterior motives), by also by their parents, their lovers, and members of the Snowy Mountain Sect. Edit Translation 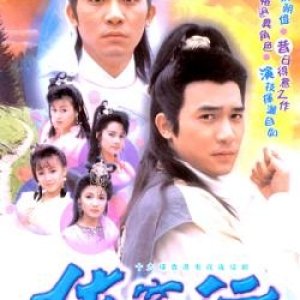