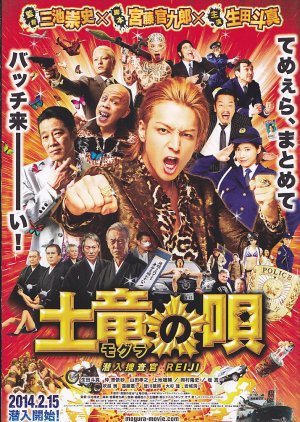 Reiji Kikukawa, who has a strong sense of justice, graduated from the police academy with the lowest score ever. He becomes a police constable, but is suddenly fired by the Police Chief due to "disciplinary" issues. In actuality, the firing is part of a carefully orchestrated plan. Reiji is ordered to become a "mole," an undercover cop. His target is Shuho Todoroki, the boss of the Sukiyakai gang. The group is the largest crime group in the Kanto area. Masaya Hiura, who works as a young boss of a Sukiyakai affiliated gang likes Reiji. While going through various hardships, Reiji works his way towards Shuho Todoroki. ~~~ Based on the manga "Mogura no Uta" written and illustrated by Noboru Takahashi (first serialized in Weekly Young Sunday from 2005 -2008 and weekly manga magazine Big Comic Spirits from 2008-present). Edit Translation 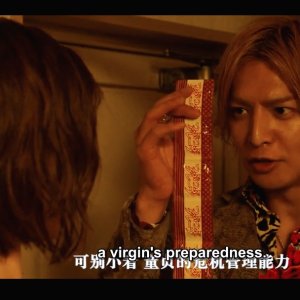 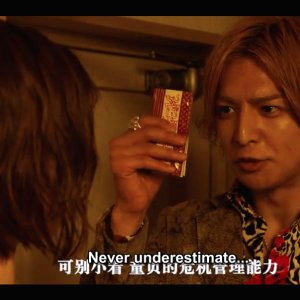 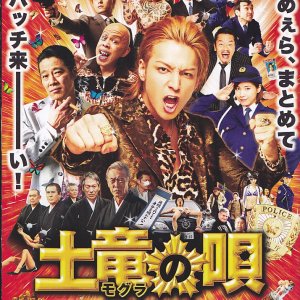 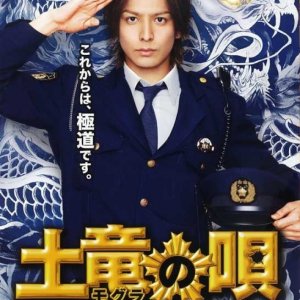 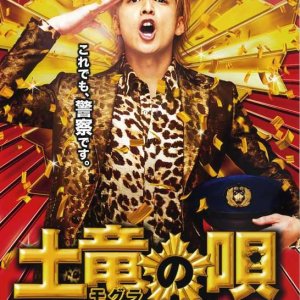 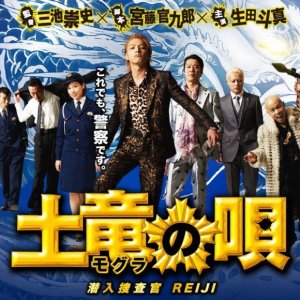 Completed
MariliaRoquini
1 people found this review helpful
Other reviews by this user
0
Aug 30, 2015
Completed 0
Overall 8.5
Story 8.0
Acting/Cast 8.5
Music 6.0
Rewatch Value 8.0
First, I have to say that this movie holds a special place in my heart, since it came out back in 2014, I waited for various months until it was subbed like a crazy stalking woman and I was not disappointed.

The Mole Song: Undercover Agent Reiji is a over the top, too much like an anime, makes you laugh for no reason, kind of movie. It can be very silly and if you are not in the mood for nonsense and foolishness, don't watch this movie, you are not gonna like it. But if anything is game, enjoy, i laughed my ass off.

At first look it is just the simple plot of a bad police officer ending up in a undercover mission, how it is in Japan it is obvious on the Yakuza. But what makes this movie different is the take out on the hero journey, from the moment of been chosen for the mission and the process of entering on the yakuza clan. It is just so crazy and unexpected, you never know what it is gonna happen on the next scene. And it gets you, you can't stop watching.

And believe me, there is a song.

My real reason to watch it was because of Ikuta Toma, who is one of my favorite actors in Japan, and it had been years since I last saw him in a comedy. If you know him, you know Hana Kimi and if you watched it you know he is a master of comedy. So when you hear about him staring in a comedy movie, you get excited. And his work in this movie is excepcional, he shows a character that is stupid and cute and a pervert and an innocent at the same time. You can not do anything but laugh.

Apart from Toma other performance I really liked was the yakuza brother, Masaya Hiura. The actor made a great job and the development of the character, it is very well done. Hightlights for the relationship between him em Heiji, for me it was more interesting than the romance betwen Heiji and the police officer Wakagi Junna. It was a bit out of the place and there are scenes that i asked myself what she was doing there, in my opinion they should have done a different pace on the romance, but in the end it served to its proprose.

Other point i want to make is about the fashion and the concept of the movie, it is out of this place. it is gangster funk cartoonish kind of vibe, remembers a lot of animes from the 80's. For me, it gives a nostalgic feelings of my childhood.

Overall it is a pretty outstanding movie and i recommend, it is a great fun. And to watching Toma in comedy is always amazing, makes me miss nakatsu... hum, i want to watch hana kimi again!!!!

Completed
Steve
1 people found this review helpful
Other reviews by this user
0
Sep 3, 2015
Completed 0
Overall 8.0
Story 6.0
Acting/Cast 8.0
Music 8.0
Rewatch Value 8.0
Just one of the "hundreds" of Miike Takashi films, Mole Song is based on the manga series Mogura no Uta. Not knowing this before watching the movie, I was quite surprised. Most anime/manga adaptations I've watched lack any creative maturity, either in acting, script or direction.

Mole Song tells the tale of an inept policeman who gets fired and is "promoted" to become an undercover mole and infiltrate a yakuza clan. From the opening scene though, this clearly is more than just a generic yakuza action movie. A balanced mix of comedy, action, and even the slightest touch of romance, Miike brings me back to the time of Happiness of the Katakuris but with a bit more flair and adequate pacing that some of his other films seem to lack (though I can't say I've seen more than 10% of them... there's so many!)

New Topic
Be the first to create a discussion for The Mole Song: Undercover Agent Reiji 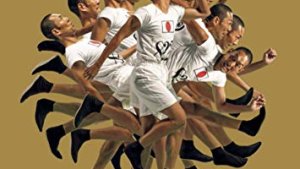