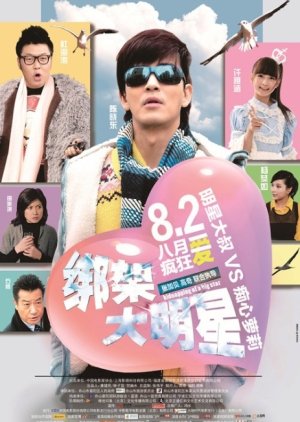 Completed
steciLovesDramas
2 people found this review helpful
Other reviews by this user
0
May 20, 2014
Completed 0
Overall 4.5
Story 6.5
Acting/Cast 4.0
Music 5.0
Rewatch Value 3.0
From the title and synopsis I expected more a comic/action/family type movie but it wasn't at all like that... I don't really know why I kept watching till the end (maybe I hoped it would get better as the movie progressed)... also the title of the movie does not reflect the plot

Well my main problem was the acting... There was no chemistry between the actors, it felt like someone just picked up the script and was rehearsing it without any emotion or whatsoever.... It felt lacking

Also the plot had good potential but it was badly carried out... They could have made it more action like with comedy attached to it (maybe like Codename:Jackal or even Scandal Makers) but it really felt lacking... no climax or anything spontaneous

Though I liked the cinematography, the type of camera that they used was good.

I really wouldn't recommend it for any weekend movie nights... or just leave it until you really don't have anything else to watch.