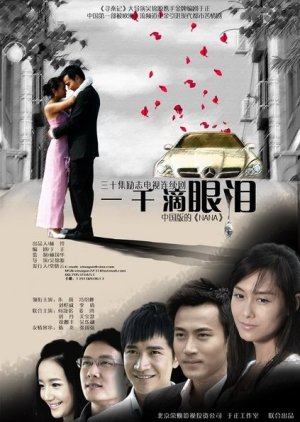 On her wedding day, Shen Xin Yi's parents commit suicide, her family's entire fortune is confiscated, and her fiance dumps her. Due to her concern for Xin Yi's well-being, Lin Xiao You, Xin Yi's adopted younger sister, accidentally breaks her leg during a dance competition, forever ending her dream of becoming a professional dancer. The fates of these two young ladies change dramatically overnight, but they keep their chins up and bravely face the uncertain future. Because of a simple game, Xin Yi and Xiao You get caught up in a whirlwind of darkness involving the well-to-do of Gold Coast Hotel. Xin Yi falls mutually in love with the handsome and charming Jiang Hao Tian, who hides a secret related to the death of Xin Yi's father that could tear them apart. Xiao You falls in love with Meng Shao Bai, a man whose heart belongs only to Xin Yi... -Dramawiki Edit Translation 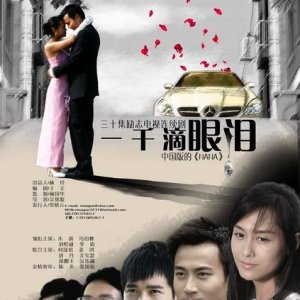 Completed
Kadiance
4 people found this review helpful
Other reviews by this user
0
Sep 6, 2013
36 of 36 episodes seen
Completed 0
Overall 7.0
Story 8.0
Acting/Cast 8.0
Music 7.0
Rewatch Value 6.0
I began watching this because William Feng and Hawick Lau were in it. This drama captured my interest before I even knew the synopsis. The first episode moved fast and in less than no time, we get started with the main story. However, I gave the story line an 8 because it was pretty cliche at some points. Rich girl turns poor, then meets rich guy, and rich guy has something to do with her state of poorness. I liked the story for its romantic sense though, how the rich guy still falls for the poor girl. Hawick Lau, portraying Hao Tian, wasn't a snobby rich guy, nor a guy who took time to fall in love with Xin Yi. It was love at first sight and he never wavered from this love. Xin Yi, in return, was surprised by his straight-forwardness and avoided him at all costs in the beginning. This was where I started to fall in love with the story.

The acting was great. Really loved the chemistry between Xin Yi and Hao Tian. In almost all of their scenes, there was a sweet kiss scene or you see them displaying their love affectionately. Li Qian as Xiao You made me really touched. Her role as the distressed maiden really broke my heart, especially since Xiao Bai (William Feng) couldn't seem to find a way to love her in return since he only loves Xin Yi, and that really shows! It's so evidently seen in William's acting at how Xiao Bai treats Xin Yi and how he treats Xiao You. Poor Xiao You :( The woman (not sure who plays her) who's fighting Xin Yi for Hao Tian annoys me so much. She's playing with so many different men >_>

The music was ok. I liked the intro song and it's pretty much played over and over again in the drama.
I don't think I'll rewatch this anytime soon. The wardrobe for Athena was pretty bleh. Somehow, I feel like her wardrobe sense got worse as the drama went on. The clothes made her look too old~ There are also too many side stories, too many couples involved, and so many complications. I guess it's to spice up the drama but for me, it dragged the story.