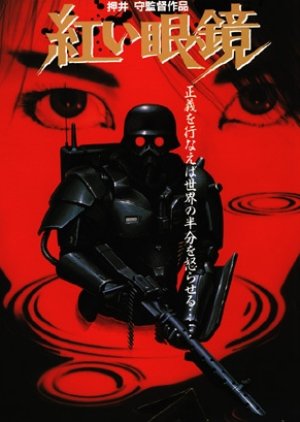 It is the end of the 20th century. The Metropolitan Police have begun to lose control of the city; crime runs rampant and people are no longer safe. The solution: the establishment of the Anti Vicious Crime Heavily Armored Mobile Special Investigations Unit. Created by men and women of high intellect and physical strength who had a particularly strong, even fanatical sense of justice, they were nicknamed "Kerberos", and armed with special "reinforcement gear" body armor and heavy weaponry. But what started as a noble and courageous effort to stop the onslaught of crime soon spiraled out of control. Their overzealous actions and fanatical hatred of evil soon led to less-than policeman-like behavior. Public criticism grew as their investigational tactics grew more aggressive, crueler, and more corrupt. The turning point occurred when a Kerberos member, during a routine investigation, beat a misdemeanor offender to death. This was the catalyst, the justification to shut the group down forever and dissolve it completely. However, there were those in the Kerberos group that refused to disarm. Three of the elite rebelled against the system, and fought their way through the city. The other two become wounded, and were unable to escape capture. Only one—senior detective Koichi Todome—managed to escape, and he promises the others that he will return for them. Edit Translation 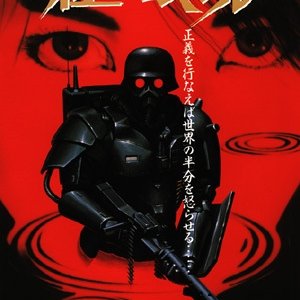 Completed
Kellhus
5 people found this review helpful
Other reviews by this user
0
Apr 22, 2014
Completed 0
Overall 9.0
Story 9.0
Acting/Cast 9.0
Music 9.0
Rewatch Value 9.0
This film is not for everyone. It is not even for all fans of Mamoru Oshii necessarily. It is extremely bizarre, often seemingly incomprehensible, very unpredictable, and a mix of several genres that is not necessarily seamless. It seems that most of the negative reactions to it are from viewers that were expecting something more in line with Jin-Roh, and being that it is supposed to be part of that saga, this isn't exactly a wild conclusion to make. However, it is quite different from Jin-Roh and other Kerebos related works. It is possibly Oshii's most bizarre work to date, and although not completely different than Jin-Roh, still a different beast. Mostly, I would urge viewers not to go into this expecting the heavy doses of action delivered in his anime works.

For what it is, the production values are quite good. Most of the film is shot in black and white, but it is one of those movies where this helps the tone and it feels natural. The opening sequence is an over the top action scene in color where the main characters mow down a bunch of bounty hunters with their gigantic machine guns and power armor, but after that it is mostly straight surrealism layered with general insanity. The tone shifts frequently and leaves you never knowing what to expect. You just never know if you are going to get an action scene, comedy gags, or long sequences of social commentary... which are sometimes intertwined with action and comedy.

Red Spectacles is one of the finest works of surrealism I have seen. The feeling it evokes is very unique and stayed with me for days. It bounces between noir drama, gun fights, kung fu, suspense, tragedy, slapstick comedy, and set piece driven sequences without any given indication. It is a wild ride that will take you off guard, for better or for worse. It is steeped quite heavily in symbolism as usual with his films, but I feel that this is one of his best deliveries in terms of that. The ending is incredibly powerful in particular, and paired with Kenji Kawai's brilliant soundtrack, and the outlandish landscapes, ended up being straight up haunting. The OST is absolutely one of Kenji Kawai's finest scores as well, and I do not say that lightly as I hold his work in the highest regard. The epic main theme is unforgettable, and the movie would not have been what it is without him.

Lastly, Shigeru Chiba's performance is simply amazing. You may know of him from his anime voice acting career. I assure you that the film is at very least worth watching for his over the top and ridiculous performance. He is honestly even more entertaining on screen than he is as a voice actor, it would have been great to see him in more live action films. He single handledly brings the film alive and makes it even more than it could have been. His performance here is reminiscent of Tomorowo Taguchi's acting in the films of Shinya Tsukamoto.

Love it or hate it, I guarantee you will never forget it.