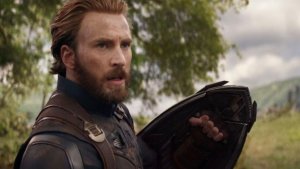 Completed
Tra Barb See Chompoo
1 people found this review helpful
by ItzJannat
Apr 24, 2019
24 of 24 episodes seen
Completed
Overall 4.0
Story 1.0
Acting/Cast 7.0
Music 6.0
Rewatch Value 1.0
This review may contain spoilers
First and foremost DO NOT WATCH THIS SHOW if you don't like revenge lakorns.
Honestly I LOVE the lead actors, and that is the main reason I chose to watch this. It has such high ratings and has been recommended highly. I guess one the problem about my opinion is that I had high expectations. Anyways here is what I think:
The cafe romance was cute. His best-friend and her best-friend and a sweet and nice love story. Their acting, though, was a lot shoddier than you would expect from lakorns.
I understand and sympathize (sort of) with Chaya's intentions. She just wanted love, her methods were wrong, but desperate people do stupid things. Her feelings and struggles with her own humanity was portrayed quite well.
Kriss, Man oh man. This guy is a confusing character, seriously. he goes crazy with jealousy and the fact that there is no justice around him but his change of character was a joke in the end. He shot his best friend and was going to kill others and in a split second everything changed. I was literally getting goosebumps because the resolution was so cringe-y.
Kiew, I dont know what to say about her. She was a strong character mostly, but I guess love makes you weak. The kind of pain Peat was inflicting on her, no woman should bear it. This is 2019 for Gods sake. Does a woman really need to bear all of that and then stay with the guy? And what the hell is up with her father. I dont understand why any father would encourage his daughter to stay with a man like Peat. If someone treated my daughter like that I would have put him in jail or at-least sued him for emotional torture.
Peat, wow! At first I understood his anger and emotions, but after their marriage it didnt make any sense. I understand he wanted to punish his father but what was Kiew's fault in all this. DIdnt he think about that even once when he was away for 4 years or so. The way he treated her it never felt like he truly loved her. He was literally abusing her and thats not okay. He even cheated on her. He used Chaya to such a degree that any woman would go crazy. I dont get why in his thirst for revenge he destroyed Chaya and her life in such a manner. She was sort of an innocent outsider. He literally treats the women in his life as trash. A man like that who hurts his friends and "so called love of his life" in such a manner can never make anyone happy. At the end of the show I hated him so much that I wanted Kiew to walk away forever. So, I was VERY DISAPPOINTED when they ended up together.
Was this review helpful to you?