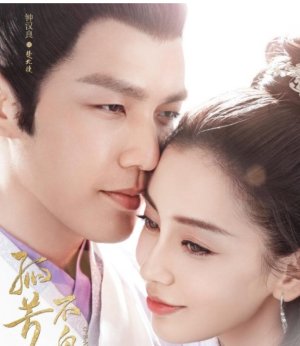 Ongoing 43/48
Love Under the Moon
1 people found this review helpful
by Terrica18
Sep 22, 2019
43 of 48 episodes seen
Ongoing
Overall 5.0
Story 5.0
Acting/Cast 5.0
Music 6.0
Rewatch Value 1.0
It’s a slow and sweet series. The two main leads grow up together and have and amazing bond and they care deeply for each other. Their love and commitment is seen in nearly every episode. If you’re looking for a nice series this would work out fine for you. I will admit that although the characters had an amazing relationship the chemistry just felt lacking. There were almost no scenes of warm and fuzzy. I just felt like something was still missing. The relationship was heartfelt and it was very minimal crazy people however I felt that I was constantly waiting for something big to happen or a big climax but there was no build up, climax or plot twist. It was just the same all the way, which isn’t bad for individuals that don’t care for excitement. I am a true lover of romantic dramas as well as romantic comedies and in each of them you will get some sort of excitement or event that has you wondering or putting you on the edge of your seat. I just didn’t get that here. It was like their theme song for the series was this soft and borderline romantic or sad type tone and the series was consistent with it.

I stuck it out because their characters were good but on several occasions I honestly did not feel entertained. It got a bit boring. Their love kept me invested. 58 episodes is a bit much for no twist, climax or event. I had nothing to hope for watching this series. You know how you like a character and you hope for something good for them or you dislike one and hope for justice, I had no feelings for anyone. The script gave me no expectation, nothing to desire or hope for. It was like over hearing someones uninteresting conversation from another table. I’ve watched many series and this one by far has to be the most boring I’ve ever watched and also the one that displays exceptional communication between a couple, but that communication just wasn’t enough to make up for the nearly emotionless faces throughout.

And don’t get me started on chemistry and emotions, I think it was absent during the filming. I didn’t understand it before work but I do now. The lack of chemistry between characters can be the difference between a good and a bad show. Great chemistry makes it more believable and heartfelt but without chemistry it almost seems like they’re reading a script off of paper and that’s what this felt like it felt like. So in short this feel like a very long script that was being read that would have given the same impact if it was read over the phone because the body language and chemistry with absent. It was kind of weird actually. I don’t know if that change my perception of the series as a whole but I can say that it played a big part. The story wasn’t awful but that too was long and unexciting. I encourage any potential viewer to watch 2 random episodes. Doing this will allow you to see the tone of the series. It’s like this all the way through. And I might add that I think that the synopsis for this is wrong as well. I believe that it indicated some sort of tragedy and twist but aside from the tragedy there was no complication, no twist no trial of any kind. But I am on episode 43 of 48, a plot could happen.????????‍♀️