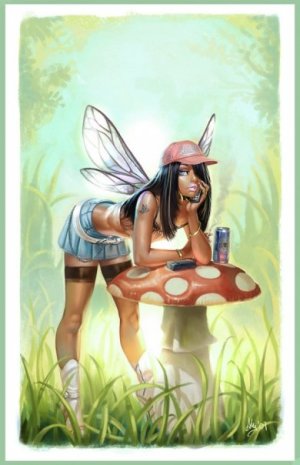 Completed
The Bros
2 people found this review helpful
by dragynfaerie
Feb 20, 2018
Completed
Overall 8.5
Story 9.0
Acting/Cast 9.5
Music 8.0
Rewatch Value 7.5
I would be remiss if I didn't mention that I adore funeral comedies.  I mean ADORE!! It started years ago with Juzo Itami's The Funeral and continues to this day.  I started watching The Bros because, well, it's a funeral comedy, duh.  Did you not read the first sentence? j/p I also love Don Lee (aka Dong Suk Ma).  Truly. A funeral comedy starring Don Lee?  I'm in!

When I read the synopsis, I thought The Bros would be a remake of "Passed Away," a 90's funeral comedy starring Bob Hoskins and William Peterson. It isn't. The only similarities are the 2 brothers and their disconnect from their father.  Dong Suk Ma and Dong Hwi Lee play 2 estranged brothers that head to the family estate after the death of their father. Both have hidden agendas that are the real reasons they have headed home in 20 years.  Suk Bong Lee (Ma) is the eldest brother. He's a broke lecturer and adventurer who dreams of finding a national treasure.  Lee Joo Bong  (Lee) is the 2nd brother who works for a company wanting to run a highway through the family's property. The brother's relationships and shenanigans are what make the movie.  The story isn't much different from other funeral comedies but they did leave out any debauchery, which was refreshing.  There's also the weird woman.  In most comedies at least one of the brothers would have fallen for her, but not this one. The Bros just think she's odd.

Although they look nothing alike and you'd be hard pressed to think them full blood brothers, Ma and Lee are wonderful in their roles.  Their chemistry  was really good. I think there's something about Ma's 'hard working guy just trying to get ahead' look that leads him to play characters with sincerity even when the character isn't very trustworthy.  You trust in him and it causes an instant chemistry on camera.  I'm not very familiar with Lee, but he did a good job as did Honey Lee (how many Lee's were in this movie?) as the weird woman.  The supporting cast was great.  Jung Jae Jin played a family elder.  He was a scene stealing marvel.  He was hilarious, especially at the end when he lost his composure and tried to fight one of the brothers. I know it's advertised as having a guest appearance by Ji Chang Wook.  The emphasis is appearance.  He's in the movie 5 minutes or less.  Do not watch this movie because you're his fan and wish to see him.  You will be disappointed.

The music was fitting.  I liked the theme used for the 'weird woman.'  It was sufficiently silly sounding.

The rewatch value for me is high as I tend to rewatch funeral comedies at least once.

Overall, I'd give The Bros an 8.5.  It was funny and entertaining.  It will not break any records and it won't movie the industry forward.  It is what it is, an entertaining quirky comedy.
Was this review helpful to you?