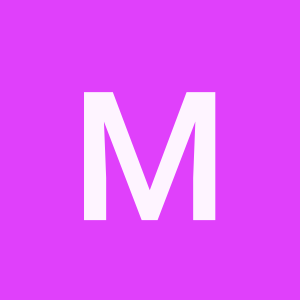 Completed
A Bird That Doesn't Sing
6 people found this review helpful
by mini-fish
Other reviews by this user
May 7, 2016
100 of 100 episodes seen
Completed 1
Overall 8.5
Story 9.0
Acting/Cast 9.5
Music 6.0
Rewatch Value 7.5
This show should be given a higher rating! I was looking for a good revenge drama and this show AWESOME! Honestly when I saw 100 episodes I almost dropped it but I gave it a try and I loved it.


Story:
It was a well written plot. With 100 episodes they really get into the details of the story, so it’s not like the kind of revenge plot where the main character's motives are all in 5mins flashbacks. The upside to this is you can see how each character grows and develops with each bag of poop Chun Mi Ja throws them, the downside is that it’s so damn long (they could have tightened the first part a little).
Most of the characters are very well developed except for a few like Lee Tae Hyeon but I guess it’s inevitable because there a quite a few main characters in the show.
Honestly what I really like about the whole show was how Oh Ha Ni and Sung Soo stood their ground and held true to their beliefs even when almost everyone turned their backs on them. Though to be honest they were very typical protagonist type of character. I think that was the point of the show, are you will to become the devil to take down the devil himself (or in this case herself)? However it is not to say they were flat, they showed how they are willing to get their hands dirty sometimes.

Acting/Cast:
Oh Hyun Kyung did a really good job of portraying Chun Mi Ja, her strengths/weaknesses, what drives her and the way she views the world. Honestly I really detested Chun Mi Ja's character but I guess it also shows how convincing OHK's acting was.
Everyone else did okay there were no terrible actors they all did quite well.

Music:
Nothing special actually but not terrible

Rewatch Value:
Did I mention it’s so damn long? If I'm on a looooong holiday SURE, but if not I think I might pass because I'm sure there are shorter revenge dramas that are just as good.
But if I did I think I would watch the first few episodes then skip 3 or 4 episodes at a time until Ha Ni makes her comeback which is I think around the halfway mark. Then I just watch all the way to the end (to savour every moment of Chun Mi Ja's downfall).

Overall:
Yes watch it everyone!!!! It really is very interesting. It made me scream at the injustice being done but it also left me with a satisfied feeling after everything. If you have the time I recommend to just give this drama a try.


Thank you for reading my first ever review but I thought since there were not many reviews I thought I'd write one.
:)