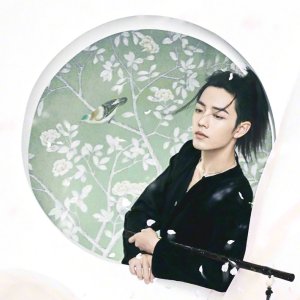 Completed
Hotel del Luna
104 people found this review helpful
by Richel
18
Sep 1, 2019
16 of 16 episodes seen
Completed 18
Overall 8.0
Story 6.0
Acting/Cast 9.0
Music 10.0
Rewatch Value 5.0
I like the concept of “playing devil’s advocate.” But when it comes to examining dramas, I don’t play around (usually. Get some sugar in my system and we’ll see otherwise). Thus, this review will consist of me gravely defending the “devil’s” opinion that Hotel Del Luna is an okay show...but also that it's not too much beyond that.

If ghost stories lie within your watching preferences, perhaps you would have a better time with Hotel Del Luna. As for myself, I was not a fan of the overall plot. It came off as a tad too shallow. For one, there’s a severe imbalance between plot filler (which is how I classify every individual ghost’s story, each of which occupies 80% of each episode) and the truly interesting main plot, which falls off to the wayside. Unless you enjoy brief appearances of random guest ghosts, you’ll probably end up like me: sitting through over an hour’s worth of time per episode, helplessly asking when the Hong Sisters will address Man Wol’s story—which is rarely, until you cross the halfway point of the entire show. What the writers do with Man Wol’s history when it is addressed feels lackluster, if only due to all the unnecessary time buildup prior to it.

The real problem is that we are hardly given reasons to care about each visiting ghost in any major emotional capacity. Although they have interesting stories, it’s a bit like walking down a city sidewalk: you see someone with a pretty wardrobe, “ooh” at it for a second, and then forget your appreciative impressions of it an hour later. Maybe it seems as if I’m being coldhearted, but as much as the Hong Sisters try to emphasize that these ghosts were human with human sufferings, the way the show frequently relies on shock value and horror elements over the ghosts’ pain and healing resulted in me not being able to build true sympathy for these souls. Imagine repeating this apathy for every episode: it’s exhausting trying to force an emotional connection.

The only saving grace of Hotel Del Luna is Man Wol. The way IU presents her character’s conflicting ego and heart is as poignant as it is mysterious, and she executes the identity of a CEO with a low economic IQ with hilarity. Had it not been for this quirkiness of Man Wol’s character, I would not have stuck around until the end. And that’s despite my love for Yeo Jin Goo: though his acting is excellent as always, Chan Sung is a perfect example of a supporting character who hides behind the guise of being a “main character.” There’s only one protagonist in this story, her name being Man Wol. There’s nothing wrong with this, but it is a bit of a letdown that everyone else has the potential to be equally interesting, yet doesn’t get nearly enough development. Chan Sung, for example, is a nobody—beyond pushing Man Wol to address her emotional wounds, he doesn’t possess the individualism that a lead character should have. This means that while the interactions between him and Man Wol may be compelling to watch, the moment that you isolate Chan Sung away from her, he devolves into a character who’s mediocre at best and painfully boring at worst. Seeing as I view Chan Sung like this, that should give you a pretty good idea of what I think of the other supporting characters: meh.

That all being said, I can see the reasons behind the hype. I just wouldn’t say that they’re justified: gorgeous cinematography, a cast list riddled with famous names, and an amazing soundtrack are all great assets to have within a drama. If future shows could continue Hotel Del Luna’s ability to create an effective atmosphere, I would have zero complaints. But what use is all of that if the show at its core doesn’t match up to the level of its decorations? Hotel Del Luna is almost sadly entertaining in that it may be fun in the moment, but doesn’t leave a deep enough impression to be phenomenal.
Was this review helpful to you?