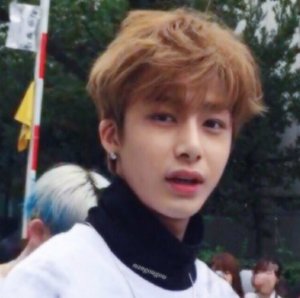 Completed
Beautiful Vampire
3 people found this review helpful
by H Y U K I D A
Other reviews by this user
Dec 26, 2018
Completed 0
Overall 9.0
Story 6.5
Acting/Cast 9.5
Music 10
Rewatch Value 10
Don't expect much, I admit this is not for all people. Heard a lot of bad reviews from the comments, saying it's boring and a waste of time. Others found it disappointing. The first 10 minutes was odd to be honest, because I expected a serious vampire gore movie (kissasian even had the melodrama tag on it). But as the film went on, I actually became interested in the main characters (esp. So Nyeon) because they were funny.

Plot: 6.5/10
It's more like a parody rather a serious one (as we all thought). This movie gave an indie feel and I liked the calendar shots which signifies a new chapter. I loved the story between Ran and So Nyeon. The story was funny in it's own way. The overall plot is light and sweet. I think people would actually like this if it was written better. The ending was loose and plot-holes everywhere, they didn't even bother explaining Jin Yi's character and suddenly she appears in the end without context. But humor-wise, this got me.

There is this one scene that really caught my eye (around 50 min mark). I think it was what made me love the movie. IT REALLY MADE MY HEART MELT together with the bgm that was playing.

Cast: 9.5/10
To the people saying their acting was bad: I THINK IT WAS INTENTIONAL. This movie only had 4-5 actors in it but it's more than enough. I'd watch this even if it only had Jung Yeon Joo and Song Kang in it. Ran was quite naive despite being in the world for 500 years. So Nyeon was extremely funny and playful. The way he mixes up his English and Korean lmao. Song Kang gives me Yook Sung Jae/ Rowoon(SF9) feels. I think I'm attached?? Both MCs were cute, I LOVE BOTH OF THEM.

Music: 10/10
THE OST IS RIDICULOUSLY CUTE. And there is this scene I mentioned above ^^ (watch and you'll know) which was pleasing and the bgm gave it a different mood.

Rewatch Value: 10/10
I watched this 3 more times after watching it the first time. This is good for some light watching. It's an easy watch and I like this kind of indie comedy, just my style. Or maybe I keep watching because of Song Kang?