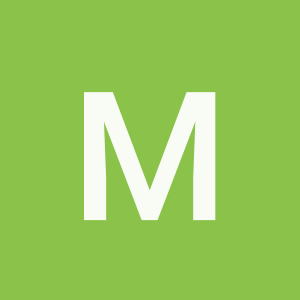 Completed
Soot Ruk Chun La Moon
0 people found this review helpful
by mamapapalong
Dec 21, 2017
54 of 54 episodes seen
Completed
Overall 6.0
Story 7.0
Acting/Cast 7.0
Music 5.5
Rewatch Value 2.0
The sitcom story circle around three girls (King, Soda and Liudarn) with a guy (Chef Boom) who all lived together by accident. It was pretty decent love story lines with three girls. King and Soda was distinctively funny and gave the best and funniest story lines. King and Soda have no limit and I have to say their existence made this sitcom alive. The introduction of few other characters, the waiter and the owners of the restaurants in the middle of the season was a bit off and did not really create more funny scenes, instead it was rather annoying, acting was too pretenious and not very funny at all. The sitcom should have put more effort into daily living problems between guys and girls rather than putting too much effort into plotting love stories. Nonetheless, it is the love storylines that keep people from watching.

While at the beginning till the mid of the series was well written with clear storylines between each of the girl and the Chef, the story started to fall apart toward the end. The ending was absolutely awful. It was really puzzling for many.

The writers of the series spent pretty much from mid to the second half of the series plotting story line with the not too pretty girl (King), for who Chef Boom had the best funniest storylines, for who Chef Boom made the first move and for who rebuilt the Chef's career, making him the headline in his field and put him on television... only at the end the writer decided to kill off this girl by making her sacrify so the pretty girl (Liudarn) for who, throughout the series pretty much did absolutely nothing, annoyingly crying for most part outta the most ridiculous problems and was kinda off here and there creating trouble the whole time with little clear storyline (all except, known to many as the pretty vast who cried a lot),  can be with the Chef. And made the ending almost like the worst in television history.

It would have been a great sitcom, should the story stick to what make sense the most. The prince fall in love with the not so pretty girl with good heart who help the prince out of trouble. But instead, it becomes a story of a prince who is afterall, a typical superficial being, only into the look.

I wouldn't recommend watching it, is really waste of time. The worst sitcom ending ever.


Was this review helpful to you?