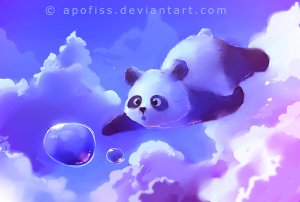 Completed
Sanae Rak Nang Cin
2 people found this review helpful
by soysuva
Other reviews by this user
Nov 13, 2018
12 of 12 episodes seen
Completed 0
Overall 6.0
Story 6.0
Acting/Cast 7.0
Music 5.0
Rewatch Value 4.0
This review may contain spoilers
Finished this drama today and the only thing I like about this drama are the side couples (the friends). The main couple's story annoyed me with all the misunderstandings and their plot story. :/

Also, I hate how the guy was "engaged" already, but didn't call it off with his fiance until the last episode! Like for real!!! I don't care if they were not in a boyfriend/girlfriend relationship, it's still wrong to do this to your engaged "fiance" if you didn't want to marry them. Never in any of the episodes I've watched did he say "no" to the engagement to Viky's parents and to Viky. He never called it off ever! And to make matters worst, he still continued the relationship with his "supposedly" engaged fiance (Viky), while courting Prim. Also, same thing with Prim! She knew he was engaged already, but continued the relationship with Phu too. Only when Viky was going to die did she realized that her having a romantic relationship with an engaged man (Phu) was wrong. It's not wrong to love, but you should have a conscience before starting a romantic relationship with someone before you get into it. I believe that what Phu should have done or the smart thing to do before courting Prim, would have been to call off the engagement with Viky first and expressed his feelings to her (Viky) instead of dragging the engagement throughout the drama. That would have solve all their damn issues they were having in their relationships to begin with. And, it would have made Viky not continue with her delusional thoughts of Phu and herself. Hey, she maybe a bit crazy person because of her Mom putting weird thoughts into her head later on in the drama, but she was actually an okay person at the beginning of the drama when she didn't go bat crazy. As for the brother, Pong (Viky's and Prim's Brother), was a jerk in the beginning, but he matured later on and took on responsibilities for his mistakes. He also accepted that he was having a child with a girl he made pregnant and man up for his actions. Gave him a high five for that. And thank goodness! He saw the true colors of his mother's delusions! The only thing I found weird/creepy was that he knocked up an underage girl (highschooler). They did say that he was older than her, which was weird.

Anyways, let me now talk about the mother of Viky and Pong. Hmm...I've got only two words that I can come up with that would describe her personality: Crazy and delusional. Like, damn! She blackmailed the father of her children so she could marry him and attempted to murder Prim and her Mother without thinking of the consequences. I can understand she wanted love, but her love is obsessive and abusive. In general, just toxic. Barami, the husband, should have called the engagement off if he didn't want to marry her. Hell! Even if his parents went bankrupt, he should have went to find other solutions instead of accepting something he was against (the engagement to Patchara, mother of Viky and Pong). So many issues with these two, I don't know how they became parents in this drama. Take some responsibility for once instead of blaming each other for their faults.

Also, the other friends were suppose to be "main leads" as well, but it felt more like they were "side leads" because they had less air time than the main couple's story. You know what's funny? I skipped almost most of the parts with the main couple, but when the side leads had a romantic scene it was less than the main couple. Like WHAT?! All this air time was only for that main couple and they only give us 5 minutes per episode on the side couples (friends)?! *sighs* This drama I wouldn't want to watch again. I only watched it because I got bored and had nothing to watched as I've seen better rom-com Thai drama's than this. Also, I'm tired of the female lead dates male lead with a fiance plot in most of these Thai drama's. I know there are some exceptions with Thai drama's without the suppose "fiance" or "girlfriend", but come on! Thai Drama's don't need cat fights to make the drama interesting. Bhuppae Sunniwat had no cat fights, welp maybe with the old Krakade (the evil one), but not the new one and the story was still interesting. That drama talked about history to make things interesting. You know what I thought this drama was going to be about? Shoes! They kept talking about it at the beginning of the story, but later on it just drifted off into space like it was never there. The writers only focused on the relationship problems with Prim and Phu's plot (and Prim's parents) throughout the whole drama. It got repetitive and boring. I found it also surprising that all three men fell for Prim at first sight, when her friends were just as awesome as she was. Prim is basically a Mary Sue. Her character had damsel in distress, reverse harem, dead mother, evil stepmother, sister engaged to the guy she liked, a poor middle class woman, and selfless character to almost EVERYONE (even towards the villains) in the story. MARY SUE screams all over her.

I watched the whole drama version and I've read a couple chapters from the webtoon already. Webtoon I dropped after completing the drama because of poor story telling, the ending, and the romance was meh. It had potential, but never got to a point where there was progression. From this whole ordeal, all I saw was three princesses being damsel in distresses through out both versions. And I for one can't stand weak females who cry all the time when danger comes there way. Life is always tough, you can't cry misery away.


spoiler: [You've been warned. Read at your own risk.]
The last sister didn't even toughen up until LAST episode. Like really?! All that screen time was just her crying that she wanted to save her sister, but majority of those times was her messing up and never doing any saving.

The one I felt the most pity for was the 2nd sister. She was raped and forced into prostitution, then forced to murder in a sick game (similar to Battle Royal, hunger games, and Princess Agents). I think she was the only person with character growth. 1st Princess, I felt sorry for her at first, but then the writer had to make her fall in love with her kidnapper, rapist, and murderer. Stockholm syndrome (maybe Hybristophilia too?). Now the last sister, what can I say about her? Welp for starters she speaks to animals like Cinderella and Snow White. She cries a lot (I already mentioned, but I need to say it again) and can't do sh*t when her sisters need her help. Like for example: she was at the scene where her 2nd sister was forced to murder in a hunger games with other prostitutes. All she did was cry and not use her "animal calling" abilities/powers to do something to help her sister (who was currently being chased by a psycho prostitute out to murder her in the maze) out. She's useless. Damsel in distress 100%. She's also very naive and stupid. I know she's been sheltered all her life, but damn! A person can't be that sheltered to trust everyone they meet! She even follows the person behind the plot of her parents death and the cause to her family's misery blindly without questioning his motives as to why he's helping her out and appearing in "weird" places he shouldn't even be. Like girl, you ain't gonna question why he's in a dark forest of all places with human eating spiders? Or how he's magically with a group of men (they don't have powers) in a cave mining like a peasant, even though you saw that he had powers to fight before in the dark forest?! Compared her and her sisters, she's not very helpful at all. I don't know why the author and director decided to keep her in the story. Harsh, but the truth. At least the 1st princess had a bit of character development compared to the 3rd sister. She grew some balls to fight back after all the tragedies with her maids dying.

I forgot to mentioned, the ending wasn't really an ending. It was left off at a cliff hanger (probably because the webtoon isn't finished yet). But still, not a satisfying ending. Don't waste your time on this drama.

Completed
New Legend of White Snake
0 people found this review helpful
by soysuva
Other reviews by this user
Apr 28, 2019
50 of 50 episodes seen
Completed 0
Overall 9.0
Story 9.0
Acting/Cast 9.0
Music 9.5
Rewatch Value 9.5
The best of all the "Legend's of White Snakes". OST is also brilliant! I was surprise to find out that the "male lead" was played by a female lead after watching this again in my teens, as this a drama I watched in my childhood years. Also, for anyone who despises weak; dumb; naive FL's, this drama is recommended! FL is intelligent, strong, and not naive!

For anyone that doesn't know about "Legend of White Snake", it's a famous Chinese Mythology depicting of a tragic romance between a mortal (weak scholar) and snake (a White snake who's close to reaching enlightenment to become a deity).

I must be the rare ones that don't like this drama. I've been putting this at the back of my "To watch list" and when I finally decided to watch it, it reminded me of a lot of xianxia Chinese novels that have Mary Sue female leads. She's got: naivety, dead mother that died because of a tragic love story, prince (male lead), tragic love story, and is a damsel in distress with plot-holes. This drama got lots of hyped, so I wanted to give it a try but it was just another typical same old story of other Chinese Drama's with the same genre. I've watched lots of Chinese fantasy Drama's (Legend of White Snake+other adaptions, Eternal Love, Princess Agents, Seven Fairies, Tian Xian Pei, Chinese Paladin, Chinese Paladin 3, The Journey of Flower, The Little Fairy, legend of condor heroes, The Heaven Sword and Dragon Saber, etc..I got a long list but I can't remember them atm) and read many Chinese Xianxia novels with this genre before, so there was nothing too special about this drama for me. I watched a few episodes and decided to drop it because I already knew how it was going to end.

Don't get me wrong, I don't hate the actors. They have great talent and the cinematography+cgi was beautiful, but the plot didn't draw me in. And I think one of the reasons is because I've been reading novels that make fun of these type of female and male leads over the years that I just didn't like how the author wrote their characters in this story (*coughs* My Disciple Died Yet Again *coughs* you've opened my eyes and mind about white lotus *coughs*).