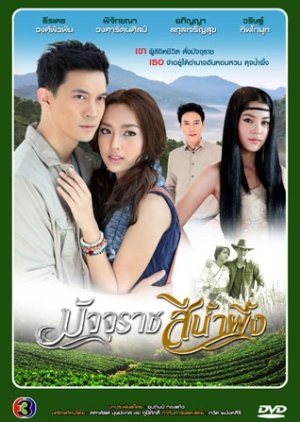 This is a story of two close families that promised and agreed of their children's marriage before they were born. Madam Lamphao, the head of Wichanee family, has two daughters: An elder daughter called Rojanasnai and her youngest Romereuthai. The elder sister already has a lover named Prawut Wuttisak. While Madam Preme, the head of Pathamakul family, has only one son called Paat Pathamakul. When the time came and the youngest daughter Romereuthai learned that she had to marry a son of her mother's friend, she was dissatisfied and opposed it because in her opinion Paat is a rustic, old-fashionable fool. So she forced her sister to marry him instead but Rojanasnai also defied it since she had her lover. In order to get her sister consent to get married Romeruethai used her last choice by revealing the truth that Rojanasnai was not her biological sister but an orphan that her mum adopted at the very young age. Overwhelmed with consciousness of gratitude Rojanasnai finally accepted the marriage to pay back the debt of gratitude.When Pathamakul heard the news of marriage acceptance Paat came to see his fiancé for the very first time and when he arrived and found out that his fiancé is not Madam Lamphao's daughter he was angry thinking that they tried to fool him and that she was after his money. When Romereuthai met Paat she was stunned, she never thought that a rural guy could be that amazingly handsome. So she tried each and every way to seduce him but he didn't fall for it or worse he was not interested in her at all. Paat decided to bring Rojanasnai back to his home and under the mutual misunderstanding and conflict he always threatened and reminded her that they were only technically married. And if she leaves him during the first three months this will mean war between these two families... Will this loveless marriage which was born of a promise and hate turn to love at last? (Source: Viki.net) Edit Translation 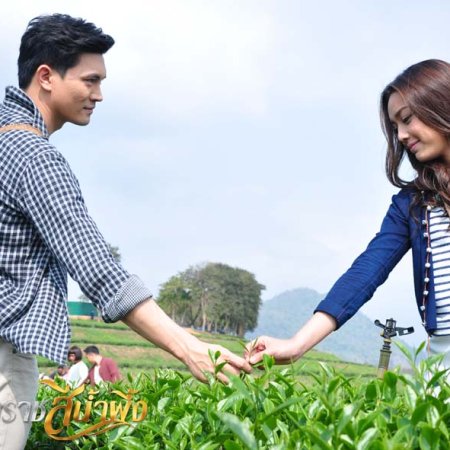 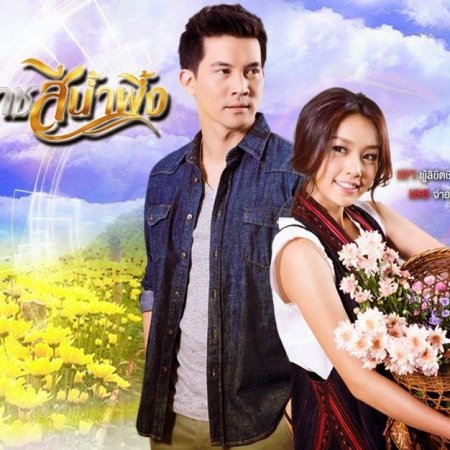 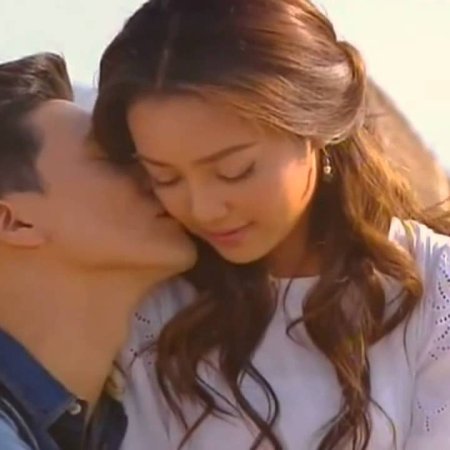 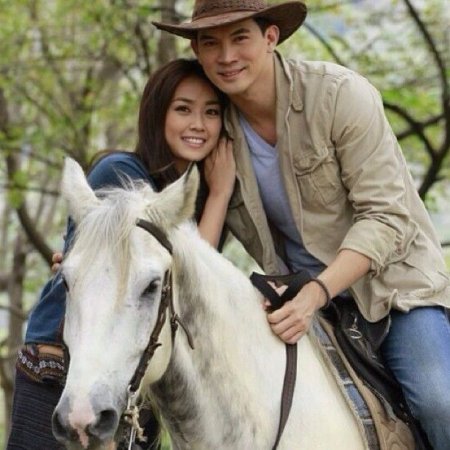 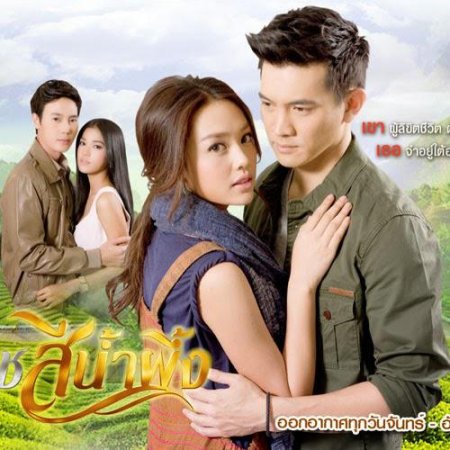 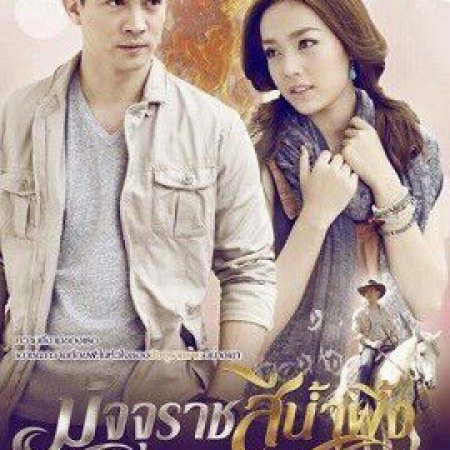 Completed
Humbledaisy
18 people found this review helpful
Other reviews by this user
0
Dec 28, 2015
15 of 15 episodes seen
Completed 0
Overall 7.0
Story 6.0
Acting/Cast 7.5
Music 7.5
Rewatch Value 6.0
First off the bat - this is what it is, a lakorn. It has cultural specific behaviors and attitudes that don't cross between all cultures and nations. Just like the behaviors of nasty girls, promiscuous boys and drug dealers from American shows like Gossip Girl or The Vampire Diaries don't sit well with many other cultures, you have take this storyline with a grain of salt. Not everyone in Thailand is like this, I'm sure, but most people there would probably recognize the stock characters.

Cast - Well, let's take a look at the cast first: Ken (Wonpuapan Theeradeth) plays the lead - Paat. He's a tea farmer, not terribly well behaved or educated but proud of rebuilding his family fortune and farm. I'm sure it's a part that Ken could play in his sleep but he really made you feel his sadness and anger at what he viewed as betrayals from his deceased wife and society in general. Yes, he's got a few friends and his workers see him as fair but that's about it. Think, walking thundercloud. It's a convincing act!

Every grumpy/mean lead needs a heroine to change him. In this drama, it's Namtarn (Wongsarattanasin Pichukkana) playing Rojanasnai, the innocent heroine. Friendly, good to her family (who does not treat her well as she's the adopted daughter) and a good student. Plucky to a certain extent but your are mostly believing it because she seems like a genuinely nice person. I've read this ingenue part was her debut role and she acted it convincingly.

The other main parts are all acted convincingly so I guess these actors did their parts well. Only a few seemed over the top and that eventually toned down. If you watch lakorns, you'll be familiar with the stereotypical roles - foolish servant vs. the proud servant, the brave soldier (in this case, the police officer), the villainous drug dealer, the humble, hardworking farmers, the ferocious beauty, the spoiled sister, etc. One item of note - the older actors playing the dads, moms, etc. were especially good.

Plot: Their forced-cohabitation romance comes about because their families' promises to wed their children together. It's a classic asian dam trope but with more of a city/country clash to it. He thinks she's too soft and she'll give up on the marriage. There is a fair amount of revenge-based behavior but it doesn't get too bad. In the script, his friends and mother know what he's trying to do and tell him to cut it out - but it still isn't something you'd want to experience. The side characters and plots - the women who want Paat, the drug dealers who want Paat to stop interfering in their trade and the guys who like Rojanasnai - all are well done. Even the monstrously bad behavior of her obviously mentally-unbalanced sister (whose been spoiled because her parents don't want to set her off) has some believable aspects. There are also some nostalgic plot lines involving the Hmong people now living in Thailand. Outside of the "will they or won't they fall in love" plot line - the most obvious storyline is about how lovely living in the Thai countryside is. The countryside and the tea plantation is filmed beautifully and seems like ad for Thai tourism at times.

Music: Nothing terribly special but nice. It doesn't overpower the plot although the theme song does get used a lot at what were probably commercial breaks.

Rewatch Value: You know, if it popped up on my playlist, I'd rematch it. Ken and Namtarn made a nice, believable couple There were some nice kisses and some witty dialogue. The countryside looked very soothing. I'm not watching lakorns for realistic, gritty modern life so, yes, it has a pretty high re-watch value.

I hope I'm not making this sound horribly bland. It's not a ground-breakingly exciting drama but it isn't the worst thing out there. It might help you acquire a taste for Thai lakorns.

Completed
SSKF
10 people found this review helpful
Other reviews by this user
0
Sep 17, 2015
15 of 15 episodes seen
Completed 0
Overall 1.0
Story 1.0
Acting/Cast 2.0
Music 2.0
Rewatch Value 1.0
Was horrible. Another revenge drama gone wrong. I don't think even the male lead knew why he was treating the girl so badly. Bad story development. Also, that sister clinched for me. Crazy doesn;t begin to describe her.

Rewatch value is a definite "not at all".

The acting was bad for a thai drama too. Nothing else is worth mentioning.
Was this review helpful to you?
View all