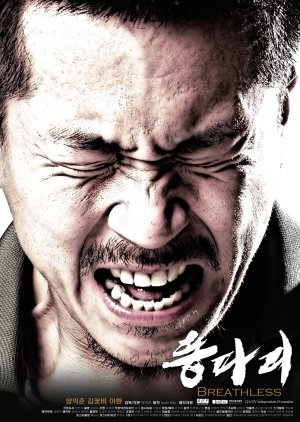 Sang Hun (Yang Ik Jun) works as a low-level gangster collecting money for his longtime loan shark friend. Sang Hun seethes with rage due to his troubled childhood and abusive father. At any moment, Sang Hun can lash out at relatives, friends and strangers with the only way he knows how to solve problems - savage violence. One day, Sang Hun walks along a residential road and spits on the sidewalk. He unintentionally hits a brash young high school student named Yeon Hee (Kim Kkot Bi). When Yeon Hee tells Sang Hun to clean up his mess, he knocks her out with a punch to the face. Sang Hun then sits across from her until she regains consciousness. He offers to buy the girl a beer and the beginning of an unusual friendship occurs. Edit Translation 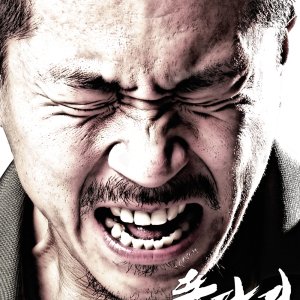 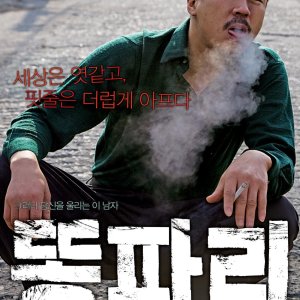 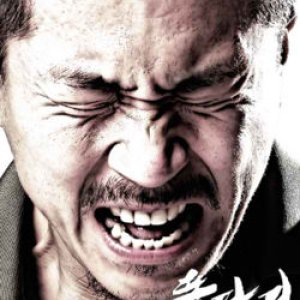 Completed
Johnson-Shampoo
21 people found this review helpful
Other reviews by this user
0
Sep 28, 2016
Completed 0
Overall 9.0
Story 10
Acting/Cast 10
Music 8.5
Rewatch Value 8.5
Breathless is an emotionally raw dark and damn good movie,
The movie leaves you like you were a punching bag and mike Tyson was laying in on you, the movie covers a lot of things in Korean poor hoods, staring yang ik Jun who wrote, directed and stared as the lead role, we all know him as the psycho brother from its okay that's love.
The movie is about a debt collector who meets a high school kid and an unusual friendship starts, and their lives begin to change.
At the starting of the movie you'll feel anger and disgusted by our male lead but as the story beautifully unfolds you'll be feeling sympathy, worry and even care for the ruthless thug who has suffered more than anyone can handle.
A masterpiece of a moral tale of the aftermath of domestic violence and child abuse told in a perfect manner in the film that leaves you "breathless"
Shampoo bubbled up a 9/10
CAUTION: it's violent as hell and strong language,Che word fuck shit and cunt were used over a 100 times not even joking
http://kissasian.com/Drama/Breathless/Movie?id=26219

OK now to the film itself it came on TV & I decided to record & watch later. I don't think I would have have heard of this movie on MDL etc. & got round to watching it thanks to FilmFour.

The story is about Sang Hoon, a debt collector & thug. On the face of it he is a vicious low life & a thoroughly unlikeable character....that is, until we get to know his back story and see glimpses of his vulnerability behind the tough guy façade. He meets a schoolgirl by a chance violent encounter and they form an unlikely friendship. She too is living a wretched and solitary existence and these two kindred spirits find solace with each other.

This film is an unrelenting, brutal and visceral tour de force. I would not recommend it to the faint hearted. The main actor, Yang Ik June, was simply outstanding in his role. I had seen him in a supporting role in Innocent Man, but in this he was so impressive, no hammy over acting like a lesser actor might have done. He played the role with a calm desperation, its like he became Sang Hoon.

There is very little music/OST in this film and I think that just adds to the gritty realism of this film.

My re-watch score is (as always) low this is not a reflection of the film but the fact that I rarely ever re-watch.

New Topic
Be the first to create a discussion for Breathless