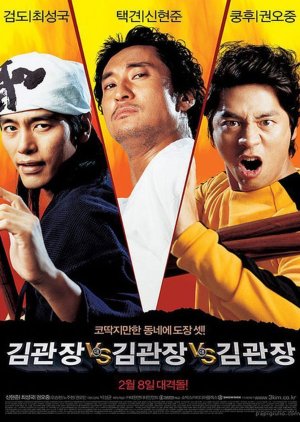 Kim Gwan Jang (Shin Hyeon Jun) is leading a school of the traditional Korean martial art Taekkyon. His rival is the Kendo-master Kim Gwan Jang (Choi Seong Guk) who is teaching at the same building. The two clash on several occasions and, moreover, even fall in love with the same woman, the daughter of their landlord (Oh Seung Hyeon). Furthermore, Gwan Jang's son is disappointed by his father, because he doesn't want to teach him secret martial art techniques. Therefore, he secretly also becomes a disciple of the Kendo-master. The two Kims are not only hostile to each other, but they have also become lazy and conceited. However, there is a new threat arising. Another martial arts teacher opens his school in the same building the two other Kims have their dojos at. Kim Suk Ho (Kwon Oh Jung) teaches Kung Fu and is a very ambitious trainer, who soon also wins over the disciples of the other schools. As things are, he also falls in love with the daughter of the landlord, eventually. A duel between the three shall decide who is worthy of the girl's hand. Things get really serious, though, when a gangster organisation settles down in town and wants to buy all the houses in order to build their own town on the property. The three Kims got to lay aside their quarrel and work on the same end to overcome this crisis. Edit Translation 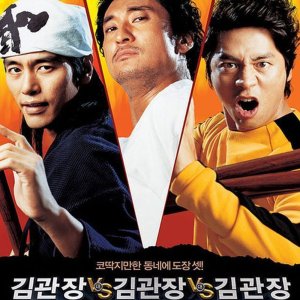 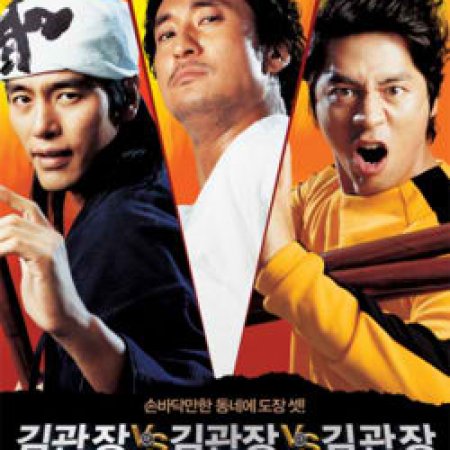