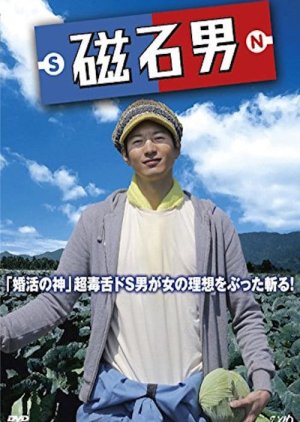 There is a rumor about a power spot for people seeking marriage. "The human race can be divided into two types, N(North) and S(South). Just like a magnet, when two people are from the opposing type, they will be attracted to each other." says Oba Sosuke, the owner of Oba Farm, the said power spot. Due to the rumors, he is revered as the God of Matchmaking. Sosuke is an eccentric scientist mad about vegetables. He is very observant and can usually see through a person's facade, pinpointing their true characters. Frank speaking with a poison tongue, he doesn't think twice about ripping a newly met person apart with his sharp stinging words. Kohinata Shion is an attractive, level-headed girl, in her 30's but yet to have any marriage prospects nor boyfriend. On a mission from her senpai, Himuro Kotaro, Shion arrives for a working farmstay at Oba Farm. Edit Translation 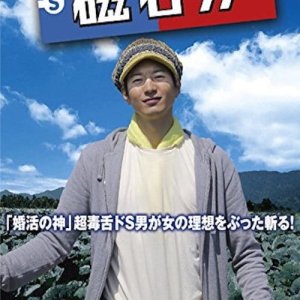 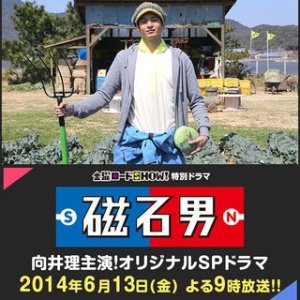 Completed
ZDorama
1 people found this review helpful
Other reviews by this user
0
Nov 24, 2016
1 of 1 episodes seen
Completed 0
Overall 6.0
Story 7.0
Acting/Cast 9.0
Music 7.0
Rewatch Value 6.0
Decided to watch the Aibu Saki Mukai Osamu movie “Jishaku Otoko” and HEY! Nobody told me this was a SEQUEL! Took me about 25 minutes crammed full of flashback scenes to realize that what I was seeing was the continuation of either a drama or another movie SP!

Ah, but despite coming in so late to the game, I enjoyed the flick, and WOW- one thing I was amazed to note was that though I’ve known actress RYO since her debut in Long Vacation way back in 1996, this was the FIRST TIME I’d EVER thought she was SEXY and PRETTY, man she was so HOT in this show!

Maybe it was that this was the first time I’d seen her playing a rich, socialite woman, or maybe it was that she’d gained some weight since those early days (she was always so thin) or maybe it was just those lush false eyelashes, and heavy mascara, but WOW, her portrayal of Oshima Mariko, a woman who is constantly threatening to sue the matchmaking Company because her dates always dump her had me all turned on throughout the movie!