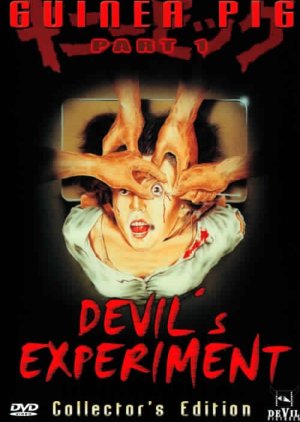 A group of guys capture a young girl with the intent of hurting her. They torture her in many ways, from beating her to putting a sharp piece of needle-like metal through her eye which pierces across her retina. Edit Translation

Add Cast
Be the first to add cast for Guinea Pig: Devil's Experiment 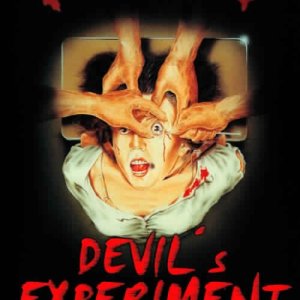 Completed
Cheer
13 people found this review helpful
Other reviews by this user
0
Aug 19, 2014
Completed 0
Overall 5.0
Story 1.0
Acting/Cast 3.0
Music 4.0
Rewatch Value 4.0
Prayer to not read this review or even think about watching this film if you’re under 18 year-old or can’t handle hardcore gory films. This is gore for the sake of gore, there’s no plot to follow here. You’ve been warned the rest is up to you.

With that out of the way, I saw the Guinea Pig series a long time ago without even realizing it. I came across it recently and as I was watching it, I came to confirm that I am re-watching a gory horror series that I have totally forgotten its title. However, this re-watch session felt refreshing as I got the chance to view it and judge it from another different angle than from few years back.
First, let’s get one thing straight: this is not real! It’s widespread as a snuff film but it’s not (although this is probably the closest thing you would get to a snuff film), this has special effects and “Making of” that the production team had to go through court to prove their innocence so don’t worry, this is fake. But don’t forget that there are more horrifying deeds than this out there in the real world, read about serial killers idealist dreamers!

The Guinea Pig’s series doesn’t follow traditional films’ making not even like other splatter gore films. No credits rolling or plot and characters’ developments, it’s usually a single setting with a certain deviation of actors and acts all around.

Honestly, The Devil's Experiment wasn’t that satisfying; as the first part of the series, I expected more than just capturing a woman, hitting her, kicking her, clawing her nails, burning her, throwing worms and some gluts on her. Amongst other things, that is. I don’t know, something turned me off and torture scenes are usually entertaining in my book. It’s probably the episodic pattern of the torturing scenes, one thing at the time with pauses and chances of recovery given to the tortured girl. Or maybe it’s because the three protagonists didn’t reach the highest level of torture exercised on a human body before giving the last blow. At any rate, the main girl’s fake screams turned me off big time even with the highest levels of torturing and pushing a human body to its limits. I am sure if the acting was better then things would’ve been better appreciated. When the victim doesn’t care about torturing then what’s the point of doing it anyway? She rarely screams with that immense amount of pain, that side was a huge let-down.

Pseudo-snuff and gore for the sake of gore films don’t get high ratings from me, despite my huge like for bloody productions; there has to be something else besides splatter gore and torture scenes to make me like that certain film. There has to be some breathing space, some characters to like or even hate and some events to please you. Thrilling with only torture and bloody scenes for the film’s whole running time is not acceptable and this obviously had no plot to talk about.

Now, if I have to talk about the positives of The Devil’s Experiment, I would mention my complete appreciation of not using sexual torturing, mature sex scenes or pornography. Those are usually the down-side of gory films according to me. So for excluding that, I am thankful for the Guinea Pig’s series overall. Moreover, there were some pretty nice effects used in making this to sound less unreal. I liked some of the torturing scenes even if most of them didn’t rise to my interest as I expected them to.

Watch this if:
-You’re a hardcore fan of gory films.

Do not watch if:
-You’re under 18.
-You can only handle a little amount of gore.
-You can’t handle torture scenes.
Just don’t watch unless you’re into brutal, disturbing gore.

The first part of the Guinea Pig’s series isn’t as exciting as it was supposed to be. But The Devil’s Experiment certainly opens the appetite for the rest of the series.

New Topic
Be the first to create a discussion for Guinea Pig: Devil's Experiment