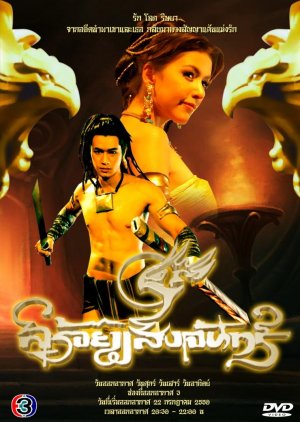 Putti, an archeologist and historical specialist who love advanture and works as a writer of Tann Magazine, his girlfriend's publisher. He meets Dr.Miang who become a lunatic in the hospital and gets a bird graven image. He knows that it's a key to help him to get into Paksa Jamjong, an ancient temple for Sroy Saeng Jan, an ancient and powerful jewels. After he got the bird graven image, he saw the strange illusion as if he gets back to the past. He gets an accident and meet Duentemduang, an archeologist and MooUan, her nephew. They took him to the hospital. Duentemduang doesn't know that her nephew bring Putti's bird graven image back home too. Duentemduang hates Putti because she thinks that he is an antique stealer and dealer, so she tries to unmask him in very ways. Melanee, Putti's girlfriend, who deceive and use Putti to search for the antique for her, asked him to go to Paksa Jamjong to get Sroy Saeng Jan for her and he accepts to do it. Duentemduang keeps following him to catch him in the middle. This journey make them to find "Bongbod Nakorn", an legendary and hidden town in the jungle. It's the place where the cursed bird monster waiting for revenge them for a long time ago. In the past, this cursed bird monster is Kirana, a King of Bongbod who has a queen, Maneejan. He doesn't know that his queen commit adultery with Pumma, his brotherlike soilder. One day, Najan is brought to be Kirana's concubine. Both Kirana and Pumma fall in love with Najan at first sight. Maneejan's jealous and angry at Kirana because he praises Najan more than her. So, she bet with Pumma and tell him to make Najan falls for him and steal Sroy Saeng Jan, the jewel that can make them to be immortal. Pumma accepts to do it but the more he tries to seduce Najan, the more he falls for her. Pumma's seduction makes Najan confused and lose herself. It make them get into the regretful event. Edit Translation 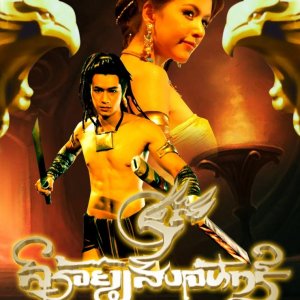 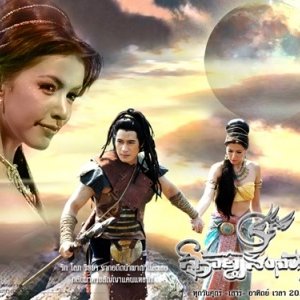