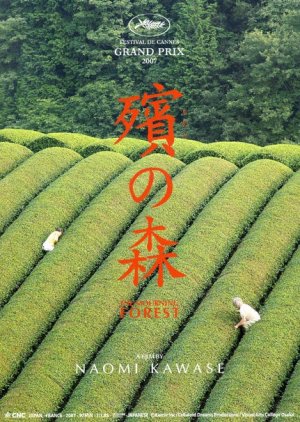 A care-giver at a small retirement home takes one of her patients for a drive to the country, but the two wind up stranded in a forest where they embark on an exhausting and enlightening two-day journey. Edit Translation 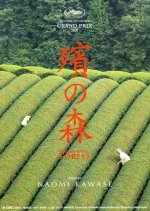 Completed
Senpai
2 people found this review helpful
Other reviews by this user
0
May 23, 2017
Completed 0
Overall 7.0
Story 7.5
Acting/Cast 8.0
Music 7.5
Rewatch Value 6.0
A winning movie!
"The Mourning Forest," won the Grand Prix at the 2007 Cannes Film Festival.
A film that revolves around a man of 70 years with dementia who lives in an elderly home in Japan, the film tackles the problem from a totally different perspective where young people admire the values ??of the older generation, especially family stressing Eternal love for the spouses.
Sensitive that traces the quixotic pilgrimage of a senile old man to his wife's tomb in a forest that connects a mystical relationship with nature.
Mourning Forest can be divided into two parts.
The first part introduces the viewer to the two main characters. Both have suffered personal losses and are suffering. We see two figures in what we can call "allusion to life."
The second part reverses the situation, we see two figures in what we can call "the forest covers the human figures". There is cold, darkness, and overflowing mystical streams that threaten the "hypothermia" of the characters. There are definite allusions to death and regeneration. "After the two enter the forest, the forest becomes the force that supports them, watches over both, sometimes softly, sometimes more rigorously." Words of the director, where at the end of the film the director indicates the meaning of the term "mogari". Mogari means "time or act of mourning" referring to the original title.
"The Mourning Forest" is a film about understanding the richer complexities of life and death. "Running water never comes back to its source," says old Shigeki to his nurse, words of solace for a young woman looking from New to your marriage after you lose a child. "If sad things happen, you should not be sad or fighting them, but promise to make the world a better place for children to be born. That's my message, "Kawase told the Reuters news agency. At the Cannes festival, director Kawase said she did" Mourning Forest "because" her grandmother was becoming a bit senile, and today these people are being looked down and pitied, Forgetting that this can happen to us someday. "Kawase said she hopes viewers will learn goodness and a new way of dealing with the hardships she said could help people across the world overcome religious and cultural differences.
Kawase made a rich movie using his own story when the forest itself transforms into a metaphor for memories and traditions, becoming a source of eternal strength. A contemporary Japanese film blending nature and tradition into narrative but gets lost in its own complexity!