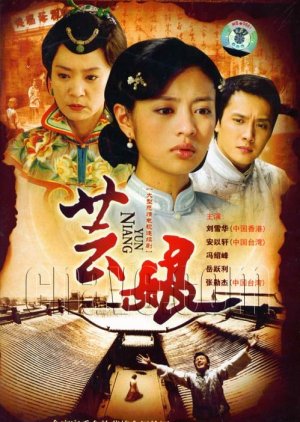 Yun Naing Growing up unaware of her identity and her family's tragic past, she is tested by the cruelties of fate when she fall in love with a rich man's son, Hao Chung. after many challenges and trials, they finally come together and get married. from the first day of her marriage to him, her mother-in-law seems to hate her and immediately proceeds to torture her verbally. Caught in a world she doesn't belong, Yun Niang must find love and pride on her own terms, as she slowly unravels the relationship between her new family and her own past. Edit Translation 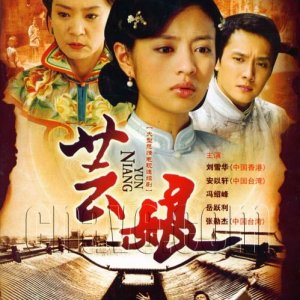 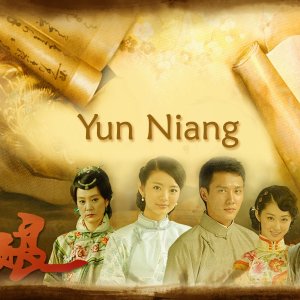 Completed
bibi-bibi
0 people found this review helpful
Other reviews by this user
0
Oct 25, 2019
32 of 32 episodes seen
Completed 0
Overall 1.0
Story 1.0
Acting/Cast 10
Music 5.0
Rewatch Value 1.0
This review may contain spoilers
Alright, so the first half was OK
This is why I hate Yu Zheng so much, this drama is so disgusting towards the middle half. However it was super duper angry and needed to know how it ended, so I bear all the skimming till the end just to know how it ended.

On acting, Feng Shao Feng did great. This is the NUMBER ONE drama Feng Shao Feng acted so well in. This is his BEST. If you watch how crazy he cried, OMG, he performed the best in here more than any other dramas. If you think Palace or Minglan was his best, watch this one first!!! Not talking about the character or story, just his acting.

Pity though, if I have to rate Yu Zheng's most disgusting drama, it is this one. THIS SHOULD WON A DISGUSTING TROPHY!
But on acting, everyone acted sooooooooo well. Ady's evil friend is very pretty and she acted so well too, I like her acting so much because it is so convincing. At the same time this damn annoying plot makes me want to rate this drama 0. I can't because the acting is top notched though, not just some people but everyone had performed above 10+.

I'd seen Feng Shao Feng and Ady An paired up in another drama before and it was also set in the republican era too, so I thought this was the same drama but it isn't. I didn't like their other drama either, the storyline sucks as hell in that one. It sucked from the beginning and I read that the ending sucks too so I just dropped it. For this drama, it started alright I actually liked the first half that was why I made it all the way to the end. He fell in love with her at first sight, not my cup of tea, but Ady was very very very very very very very very beautiful and it's believable anyone would fall for her at first sight so I actually buy it. The couple's chemistry is nice and cute, I didn't mind how they like each other only because of their faces and nothing else. The way he starred at her like a crazy person in love. That was very very very very very good acting, he is convincing. He's good with women as always, he puts them on his lap and twirls them around romantically.

Ady's acting is really well done. I love her acting so much. Only toward the middle half she remained nothing but an idiot who is too nice and I begin to hate her character so much.

THE ONE TO HATE THE MOST:
I hate ALL the character in this drama, including Feng Shao Feng and Ady An.
Number one hateful is the evil mother obviously, but I hate the stupid father more because he is toooooooo stupid! Hard to say who is number one, I'll say, the father.
Second should be Ady's friend but Ady did made some mistakes too, and because Ady can't do anything else besides being the nicest person on earth (I don't hate her but) I am really annoyed at her at the same level with the friend too. Maybe they are both the people I hate for second place.
Third, Feng Shao Feng because he only knows how to cry and get drunk then sleep with Ady's friend. I hate this arc of Yu Zheng more than anything else. He always ruined his dramas half way like this. The main guy sleeps with another lady. I hate how the men in here have no manliness at all, they get manipulated by the villain girls so easily that I hate them quite more than the evil women.


THE ONLY ONE TO LIKE:
There is only one and one person who is super good, Ady's senior brother. He is the hottest and not just that, he is good at martial arts too, and he is smart and MANLY. He is too good to exist in this drama, he need to escape from everybody in this ugly drama and jump into another drama that is clean and healthy for a person like him. Everyone stinks so much, only he is good. 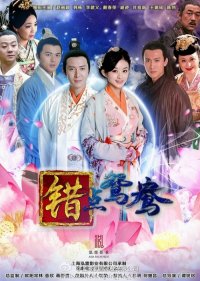