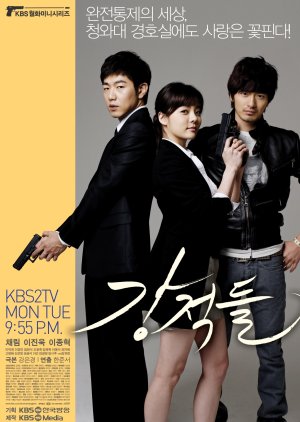 Cha Young Jin is the first female to ever work as a bodyguard in the Presidential resident, Chungwadae. Young Jin and Yoo Gwang Pil work as bodyguards assigned to watch over the president's son, Kang Soo Ho. They are assigned to guard Soo Ho for 15 months. (DW) Edit Translation 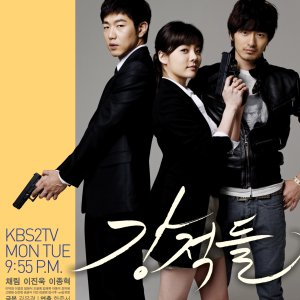 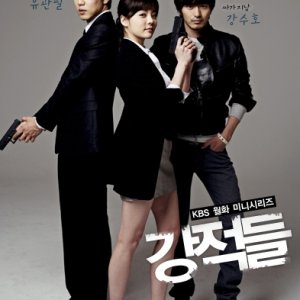 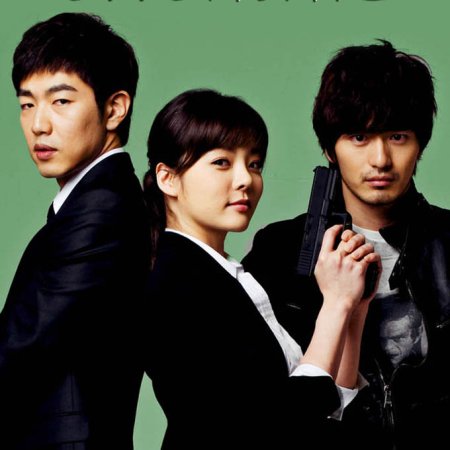 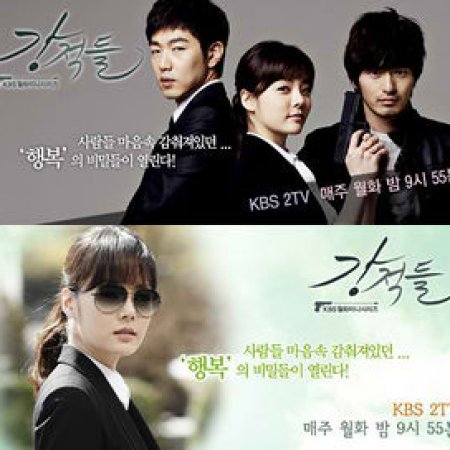 I suppose it isn't entirely fair to compare this to the more recent and more popular City Hunter, but the similarities go quite a long way. We're once again in the Blue House and a female bodyguard in a precarious situation. Formidable Rivals/Powerful Opponents, or just Rivals, is a little more light weight than City Hunter though. The story is a little less extreme, there isn't as much violence, it's lighter on acting as well unfortunately and very surprisingly, it is also lighter on melodrama and romance.

This makes an odd combination for a Korean drama, but it works out alright. It almost reminds of the more mature Alone in Love from 2006, but Rivals remains more playful throughout the episodes. While the plot slows down in the last few episodes, there are enough twists and turns in order to remain hooked. I take issue with Lee-Jin Wook's character Kang Su-Ho suddenly taking part in the dance competition though, it comes out of nowhere and doesn't really lead anywhere either.

The acting in this drama is more than acceptable and I personally had my hopes up for the performance of a younger Chae Rim after I saw her performance in Oh! My Lady. She did not disappoint, nor did any of the other actors and actresses. I had a few raised eyebrows when Oh Gwang-Rok's character Cha Kwang-Su (Yeong-Jin's father) performed though, perhaps there is some sort of regional humor I am missing here. I was most impressed with [Shin Eun-Jung's] performances as Su-Ho's sister though. It's a shame she hasn't acted in more dramas or films recently, because any scene where she enters the screen works out very well. The two male leads give reasonable performances, with Lee Jong-Hyeok starting to shine later on in the drama.

No special mentioning for music or production value, this drama does everything as one would expect. Acceptable, but not worth mentioning. There are a few holes in the script, which kind of annoyed me in the last two episodes (How the hell does Nam Do-Woo get away?), but they don't really distract the viewer too much. The ending came as a bit of a surprise to me, which contributes to the overall refreshing changes this drama has dared to make when compared to other dramas.

This drama is worth watching, see it if you have some time.

Completed
Mssankacoffee
3 people found this review helpful
Other reviews by this user
0
Oct 13, 2012
16 of 16 episodes seen
Completed 0
Overall 6.0
Story 6.0
Acting/Cast 7.0
Music 7.0
Rewatch Value 3.0
I watched this drama because of Lee Jong Hyuk and Chae Rim, and was disappointed. I thought this drama moved very slow in parts, that the principal lead female was stupid and the principal male lead, the President's son was stupid and pathetic. I did not think the female Body Guard and the President's son had much chemistry. For me it seemed as if nothing much happened in the movie. I kept watching it waiting for something to happen and for the pace to pick up, right to the end and even when something did happen it was not that much of a bang! The family scenes on both sides were ridiculous, but the child actoress Kim Yoo Jung was great as always. Very disappointed and would not really recommend unless you have nothing else to watch in this genre. Not to be compared with City Hunter by any means!!!