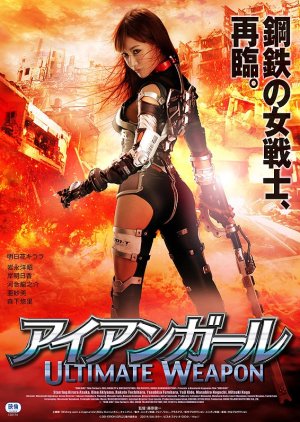 Set in the near future in a lawless world. Kurisu Saotome is a beautiful woman, but she is also a deadly bounty hunter. She wears an armored suit, possessing great power, and she is known as Iron Girl. Kurisu Saotome doesn't remember who she really is or where she comes from. To regain her memory, she continues her lonely battle. Edit Translation 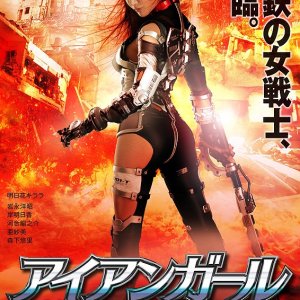 Completed
Senpai
0 people found this review helpful
Other reviews by this user
0
Jul 20, 2017
Completed 0
Overall 7.0
Story 7.0
Acting/Cast 8.0
Music 7.5
Rewatch Value 5.0
"Iron Girl: Ultimate Weapon" is a medium-length Japanese film,
Contains violence, nudity and action, the world has gone to hell. The main character is played by Kirara Asuka, a beautiful actress with a memorable performance, who is better known as AVs than acting on the big screen. His character lost his memory and had to fight the bad guys to get him back.
The CGI effects and cinematography are sometimes good, sometimes not. Action and nudity are acceptable. It's a bit humorous, too. And the theme of women who control men with Vaginapower is fun.
Was this review helpful to you?

New Topic
Be the first to create a discussion for Iron Girl: Ultimate Weapon