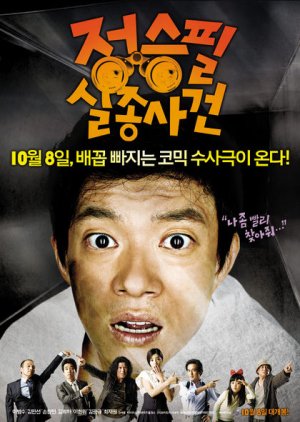 A detective-comedy centered around fund manager Jung Seung Pil. Seung Pil manages some 50 billion wons in assets and suddenly disappears one day. His fiance Mi Seon reports Seung Pil missing to the police. An overly aggressive detective named Inspector Kim then suspects Mi Seon as the likely suspect - she took out an insurance policy on Seung Pil just the week before he went missing. Meanwhile, the disappearance of Seung Pil becomes a hot topic on national television... Edit Translation 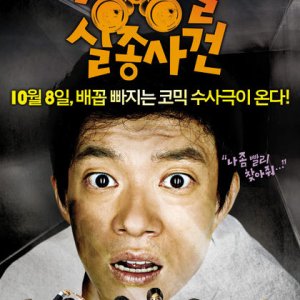 I was in the mood for a light movie with one of my favorite actors: Lee Bum Soo. I had no idea what I was setting myself up for. This movie is just utter silly-ness. I mean it in a good way, but it can go either way depending on whether this movie is your type.

The plot was just like it was written in the synopsis. It takes you through the various pathways an investigation can take you on. They just sprinkled a lot of frustratingly unfortunate events. Jeong Seung Pil's hopeless situation is worsened by the biased conclusions brought up by those investigating his absence. I was quite frustrated by the lack of common sense and reason. And at the end, somehow, they were able to piece everything together within minutes of what would have been a devastating calamity. Siiiighhh. It was a little annoying to me, but without this silly-ness, there wouldn't have been much of a point to the movie.

I had never seen Kim Gyu Ri outside of a serious, dramatic role, and I gotta say, it was refreshing. Although they didn't play the main roles, I loved watching Lee Han Wi, Lee Won Jong, and Kim Kwang Kyu (seriously, these men are in everything!). As much as I want to sing multiple praises about how well Lee Bum Soo did in this film, I'll keep it simple and say he was awesome.

The music didn't really catch my atttention, so I apologize for not saying much on this front.

Would I re-watch this? Maybe. It might be too frustrating for me to sit through it again, even though I did like it. -____-;

New Topic
Be the first to create a discussion for The Weird Missing Case of Mr. J

Movies to watch (without Sunny)
144 titles