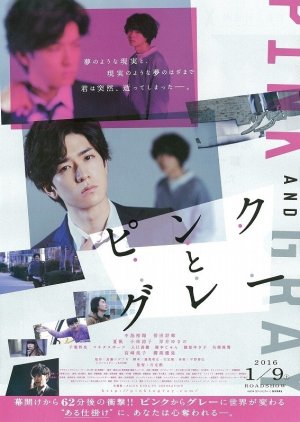 Rengo Shiraki, a popular movie star, is found dead-along with a suicide note-by his best friend, Daiki Kawada, a struggling actor who dreams of achieving the fame and fortune Rengo has enjoyed. The suicide note prompts Daiki to write and publish Rengo's biography, the success of which unwittingly throws Daiki into the limelight. Struggling to come to terms with Rengo's suicide as well as with fame he can not really call his own, Daiki sets out to discover the truth behind his friend's death. Edit Translation 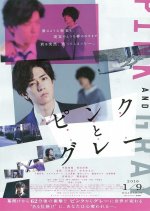 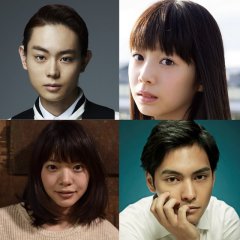 Completed
Jia M
10 people found this review helpful
Other reviews by this user
0
Sep 20, 2017
Completed 0
Overall 8.0
Story 8.0
Acting/Cast 10
Music 7.0
Rewatch Value 7.0
Isao Yukisada made a cameo in his own film. He even had a line. Japanese idol turned writer, Shigeaki Kato who wrote the novel this film is based on as well. To describe Pink in Gray would be: a film within a film.

I really love Yukisada's use of light, color and tone here. And to me, that has always been a strength of his since serving as assistant director in April Story, Love Letter and Swallowtail Butterfly (yes, Shunji Iwai's films; hence, the similarity between the two's use of light and color).

Another signature of his is using timelines. He subtly uses that here too. He shows how characters develop, their experiences and how these changes them is a signature. Seeing that Pink and Gray is an adaptation from a novel, which bears similarity to his previous films as well. And finally, Yukisada likes to incorporate love and friendship in his narratives and make them focal points for his characters to develop. That is inevitably true here as well.

Needless to say, Yukisada stays true to his style. But also brings something new to the table. Here, the mystery element is something new. And say, even until the end, it's still mysterious. Not everything is answered. It's very...open-ended. His films to me, have a soft side to them and while the friendship aspect here is that, there's also this desire for answers. The second half of the film also has a daring decision he takes as a director. Is it effective? I think it depends on your cup of tea. It has a purpose to the overall story but it's metaphorical that in a way...seems unnecessary as well.

Perhaps applaud also goes to the great young actors here. Yuto Nakajima, an idol from Hey! Say! JUMP! and the film serves as his feature debut. It's easy to compare it to his co-star, Masaki Suda, a versatile actor with many features under his belt. But Nakajima shines as his own, playing dual characters with clarity: one being a pretty-face docile character and the other a more assertive one.

But since I have a personal bias towards Masaki Suda, my love still personally goes to him. Playing Riba-chan, an angry and even dark misfit is a role not foreign to Suda. In fact, roles like this are his best. Baring a charismatic and attractive demeanour, he also plays Naruse very well. That laugh while blood pours from his mouth is haunting. Kaho is very much the same. Playing a timid, quiet girl at first and then transforming to a seductive heiress. Love the addition of Yuya Yagira here too.

Besides the use of light, color and tone, I think that the score also makes the film feel much more sentimental. I really love how Yukisada played with the narrative here without dropping any hints whatsoever, the twist/reveal at the end makes it so much more satisfying.

Completed
sambart
12 people found this review helpful
Other reviews by this user
0
Jan 13, 2016
Completed 0
Overall 9.0
Story 9.0
Acting/Cast 9.0
Music 9.0
Rewatch Value 10
This review may contain spoilers
This is definitely Nakajima's best performance so far (it's amazing how MUCH he's grown as an actor the past 2 or so years!), Suda was amazing as usual, the cinematography and the colouring was amazing and the story itself was absorbing (even if the second half is slightly less good). 9/10 from me!! If this doesn't win some awards this year, I'll be shocked!

The only downsides are: Nakajima still can't cry-act, and the reason for him (< this is NOT a spoiler before y'all start!) dying is stupid but everything else was phenomenal!
Was this review helpful to you?
View all 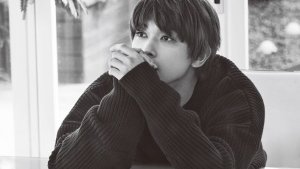