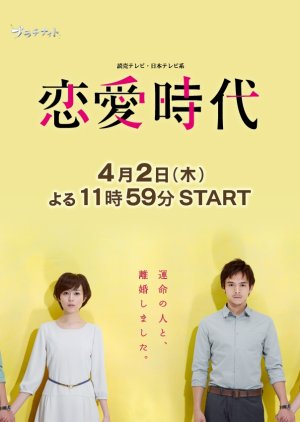 Eto Haru works at a sports gym and Hayase Riichiro works at a book store. After a fateful meeting, they eventually marry, but, due to a reason, they divorce only a year and a half later. Even after their divorce, the couple continue to see each other. On their wedding anniversary they have dinner together. Due to a petty quarrel, they begin to search for a potential spouse for each other. Edit Translation 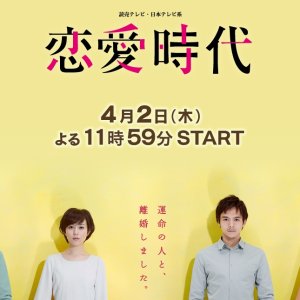 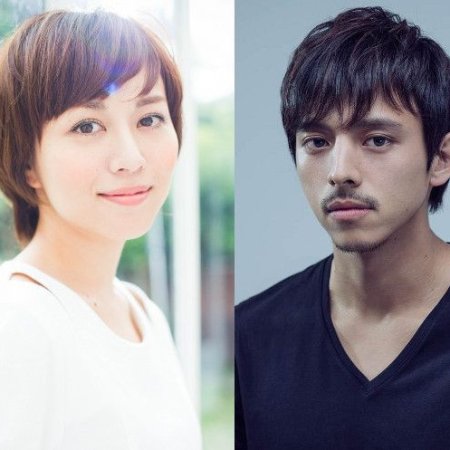 Completed
jade
5 people found this review helpful
Other reviews by this user
1
Jul 11, 2015
12 of 12 episodes seen
Completed 1
Overall 8.0
Story 7.5
Acting/Cast 9.0
Music 8.0
Rewatch Value 7.0
Story: 7.5
Renai Jidai is a remake of an older drama from 2006, so obviously the plot is basically the same. It does change it a little bit though, but overall, the story kind of seems like you already heard of it somewhere, making it look a little unoriginal. Yet, I still think you should give a chance to this drama.

Acting/Cast: 9
The main actors had great chemistry, and their interactions seemed quite natural. Sometimes, the male lead's character was a bit bland, or lacked emotions and some of his actions may piss you off, but the great acting and cheerfulness of the female lead made up for it. The supporting roles all had an important part, wether it was to make a revelation or an action that could change the course of the whole story.

Music: 8
It was nothing too memorable, yet it was pleasant to the ear and was never misplaced.

Rewatch value: 7
You may want to watch this again, as some scenes were quite funny. Everyone got their own (happy?) endings, but the main characters' endings seemed pulled out of nowhere, as if the directors were trying to fill a gap in the story. It made it seem like all the development of the leads was for nothing in the end. But apart from that, Renai Jidai wasn't a bad watch, and overall, I give it an 8.

I recommend it to anyone that likes romantic comedies with a touch of drama.