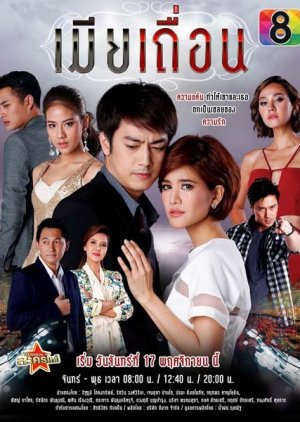 Fah is a young lady who meets a man named Kade while working as a host at a car show. Kade falls instantly in love with her and comes to her aid to fight off a purse snatcher. When he offers to drop her off at the hospital to visit her father she agrees. Kade receives an important phone call, and Fah, not wanting to be a burden to him, leaves without telling him. Suddenly she receives a phone call from her step-sister's boyfriend saying that her step-sister is hurt and that he is coming to pick her up. When her step-sister's boyfriend picks her up, Kade sees her getting into the car with him. Meanwhile, Fah's dad is ill, and her stepmom owes a large debt to Film. She sends Fah to work as a maid at Kade's house to pay off the debt. Kade grows angry with her when he sees other men flirting with her. Fah doesn't understand Kade's sudden change in behaviour. Hanging onto the memory of their sweet first encounter and to the thought of her father who needs the money for his hospital treatment, Fah perseveres despite the hardship. Edit Translation 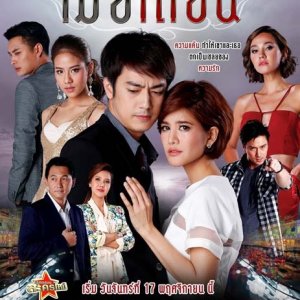 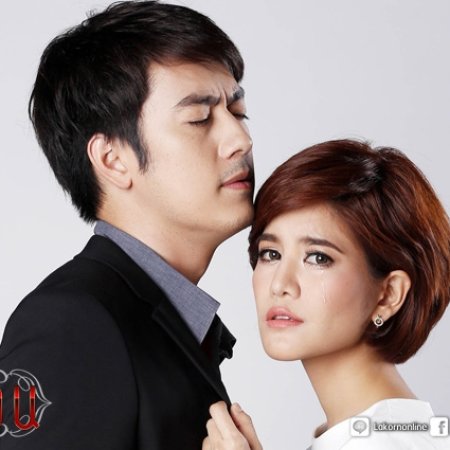 Completed
Riasha
8 people found this review helpful
Other reviews by this user
1
Oct 9, 2016
31 of 31 episodes seen
Completed 1
Overall 8.5
Story 8.0
Acting/Cast 9.0
Music 9.0
Rewatch Value 9.5
This review may contain spoilers
So why do I like this wretched show you ask well let me tell you
Khun Khed falls in love with Fah its love at first sight...So I understand the way his character worked. She is incredibly beautiful he would have to be a fool not be so jealous and possessive of her. Fah thinks she has finally met prince charming when they meet initially. She is basically a warped version of Cinderella who is sold to her prince who acts more like a beast.
When he knows that she is in debt as her step mom has taken a loan from him and sent her to work for him he basically thinks she has been sent to be his mistress and after seeing her talking to a few men is jealous beyond words. So he treats her like crap but on the other hand is incredibly scared of her disappearing or leaving him. he locks the doors at night when she sleeps. he spends most of his time watching her if she talks to another man he becomes incredibly insecure that she is going to run away or leave him. Khun Khed doesnt allow her to use her phone as he is scared she will phone someone to take her away nor does he allow her to leave his house except if he is with her. Fah at first is happy that her debter is khun Khed but soon is treated like crap and confused by his behavior she is torn between her duty as a good daughter to pay the debt for her father or run away. Part of me thinks that after first meeting Khed Fah fell in love with him then and puts up with his none sense or tells her self that she is just to be near him. Khed has a fiance and brother TOW AND OTM basically they play nice plot devices to show the incredibly strange way Khed is obsessed with Fah. When push comes to shove SPOILER SPOILER ALERT The day before Kheds wedding, Fah eventually decides she would rather leave than stay there and be his toy to chew...also she is kind of jealous...Khed kidnaps Fah and takes her to stay in a cabin in the woods. Basically where he is happiest as no one but him is around Fah.
When he misunderstands that she has run away...
Khed grows angry as his biggest fear loosing Fah has come to a head.
He rapes her basically making her his mia...
He then realizes that she is a virgin and his been accusing her 16 episodes straight for no reason and treats her like a princess.
But honestly His love is incredibly overbearing and passionate its the kind of Love that old Lakorns used to have, new lakorns have mis placed with all the comedy they insert into it.
Film and Koy have amazing chemistry.
Fah is strong in her own sense she is not a complete door mat to khed.
I really enjoyed this show. It is not for the light heartend