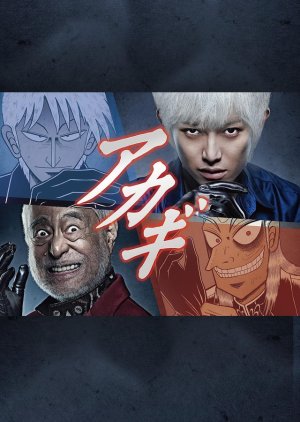 Akagi Shigeru is a young, white-haired mahjong genius. One summer in 1965, he ends up facing off against Washizu Iwao, Japan’s King of Darkness who has amassed enormous fortune and power, at the request of his acquaintance, the rogue detective Yasuoka. As the observer, Ogi Takeshi, a leader of the henchmen of Inada-gumi watches over them, mahjong with special rules called Washizu Mahjong begins. It is a life or death struggle with Akagi’s fresh blood and Washizu’s entire fortune at stake. Edit Translation 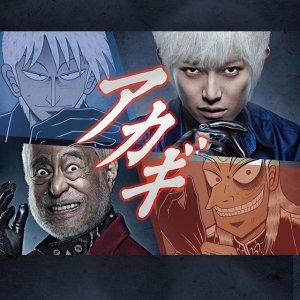 Completed
SilverCloud
12 people found this review helpful
Other reviews by this user
0
Sep 27, 2015
10 of 10 episodes seen
Completed 0
Overall 8.0
Story 6.0
Acting/Cast 9.0
Music 10
Rewatch Value 8.0
This is purely based on the drama itself, as I’ve not read the manga, nor seen the anime or films, so I’ve nothing to compare this to as to how accurate it is to the original, however as a tv series on its own, it was enjoyable, interesting, and wonderfully creatively done.

There actually wasn’t really much to the story itself, as a drama centred around characters gambling against one another, and one where they were playing a game that I didn’t really understand the rules of much, wasn’t really enough to keep it interesting throughout. However what made it more interesting, was that the main character, whilst gambling mostly for money amongst other intentions, was not gambling with his own money, but instead was betting on his own life, so this added a certain thriller aspect to the drama.
The opposite personalities of the leads going against one another was also entertaining as well.

Hongo Kanata played the calm, cool and mysterious character of Akagi well, with a certain darkness about him particularly as his character seemed so unphased by the prospect of death. I would have liked more development and insight into the character though, as the story didn’t develop the character much throughout the drama, but Hongo Kanata’s performance as him gave a certain level of depth and intrigue regardless.

The character and actor I thought who really stood out in this, however, was Tsugawa Masahiko as Washizu, as he was so expressive and entertaining throughout, and really brought his power-mad and eccentric character to life, and in an appropriately comically anime villain type way. His reactions were particularly entertaining.

The supporting characters seemed good and appropriate in their roles as well.

Regarding the use of character voice-overs, they can be a bit hit and miss in general as they really have a time and a place. In the case of this drama, the voice-overs went well as an appropriate and nice addition. In such a drama where not much was being said outwardly during some parts, this gave an extra depth and was interesting where the characters were keeping poker-faced on the outside, but on the inside things were very different, e.g. the excitement for a potential win. So it was great insight into the inner thoughts of those characters at those times and made it more enjoyable.

Now this was one of the main things that really made the series great, as it was so beautifully inspiring with its creativity and attention to detail, and was so wonderfully atmospheric.

The drama was predominantly set in one room of Washizu’s mansion. With its old antique decor, and a dark, somewhat gothic appearance, including various horror-themed art and statues around the room, these all matched perfectly with the dark themes of the series.

At the same time all the classic/antique furniture was very grand and expensive, and with various flamboyant styles of decor and the clothes Washizu wore throughout the drama, this reflected perfectly of the grandness and great mass of wealth the character had acquired over the years, as well as his eccentric and unpredictable nature, whilst the darkness of the decor represented the dark evil side to his character.

The red clothes of Washizu also went well as a representation of the hot headed nature of his character, whilst the dark blue clothing of Akagi reflected his character’s opposite cool, calm, and generally cold nature. There were various lights around the room in these colours as well, and red and blue stained-glass doors with foreboding grim reaper designs on, which not only reflected the dark themes of the drama, but also could possibly be a reference to how the game was going to lead to losing for Washizu or death for Akagi. The ending sequence’s colours matched perfectly as well with the mix of red and deep blue of these lead characters.

The other colour scheme was a black, white and red theme. Most of the decor, and the main supporting characters’ clothing had this theme, and during sessions of mahjong gameplay, the lighting was darkened and the colours toned down to this, where apart from Akagi’s shirt and some blue lighting in the background, almost everyone and everything, such as the mahjong tiles, all became this colour scheme in those moments, where the world to them in those moments had become the game, it had become black and white, the prospect of losing and possible death, versus the prospect of winning and living, and the red as representation of Akagi’s life blood on the line.

I liked the touches of fantasy they added as well, or rather the interestingly creative representations of how Akagi imagined Washizu’s madness, where they showed him suddenly in some horror/fantasy world with red thunderous skies standing on top of a mountain, displaying his anger and craziness.

Regarding the camerawork, predominantly there were some great shots, nicely displaying the settings, props and characters, and the close-ups on the gameplay and character’s reactions really brought the focus into the game and the characters in those moments. Appropriate pans and interesting shots and framing at times worked well for certain effects, e.g. the lingering movements around the gameplay, the zooms into the characters, and the psychological aspect reflected by the slow zooms out and the weird camera tilts at certain times when a character was losing.

One thing I didn’t like though, was my pet hate of 21st century cinematography, where they used shaky documentary style camerawork during certain times when they were not playing the game. I find that kind of camerawork off-putting, and can be like it’s changed to a behind-the-scenes of a drama, or appear (like it did a few times in this) as though characters are suddenly onboard a ship in stormy seas, (a technique that used to be used in past films and tv for that kind of purpose/situation), but otherwise it’s just distracting and inappropriate normally for most situations in a drama. Thankfully after the first episode, this was only used occasionally.

This tv series had a great soundtrack with a nice mix of styles that added and reflected perfectly the drama’s story and themes.

As this was set in the 1960s, the various music tracks in styles used in films/tv from that decade, were very appropriate, such as the jazz music tracks, which also matched with the certain 1940s-50s film noir style of the drama, and reflected Akagi’s cool calm personality as well.
There was some church organ and choral music that went well with the dark themes, and a gorgeously atmospheric electronic chillout track used during the opening sequence and various parts of the drama, added an extra otherworldliness also.
The metal style tracks that played at times were a great addition, and the ending theme’s upbeat lively pop song reflected nicely the saturated colours displayed and the quick montage edits of scenes from the drama during the ending credits, and the words were appropriate to the story.

If I’m searching for something to chill out to, with a wonderful atmosphere throughout to get absorbed into, then this drama will definitely be a priority for that sort of entertainment. Otherwise, really there wasn’t much story to this, nor much character development, apart from Washizu to a certain extent, and parts of the series did get a bit boring and repetitive. Nonetheless, this was interesting for its thriller aspect, its power-play between the main characters, the wonderfully entertaining eccentric nature of Washizu, the interesting extras such as the little bits of mysticism they added at times and a dark fantasy style, a great soundtrack, and the overall brilliant creativity that went into this drama.

Completed
Dodo
0 people found this review helpful
Other reviews by this user
0
Feb 20, 2018
10 of 10 episodes seen
Completed 0
Overall 8.5
Story 9.0
Acting/Cast 8.0
Music 8.0
Rewatch Value 5.0
The story is great. Thrilling, enticing, very well constructed. If you like gambling themes, It'is a must watch. I don't know anything about mahajong, but the story is very enjoyable still. I had tryed the anime, but the pace of the drama is way better. It begins in the clímax of the story. You don't get the same charcter building as the anime, but I preferred it. Even though I know more about the akagi of the anime, the series akagi is very well done. What is a bother is that every episode they do a huge recapitulation of the events. If I didn't understand what is the washizu mahajong by the middle of the series I will never understand it. No more summarizing!

The cast is great. Specially the old man Washizu! No complains!

The ending music is very catchy. Music was great as well.

I wouldn't watch it again, but I never rewatch dramas anyways.

New Topic
Be the first to create a discussion for Akagi 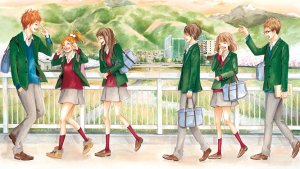