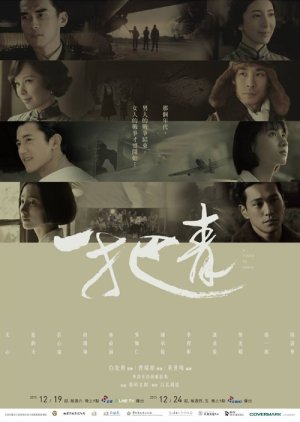 The drama tells the story of air force pilots and their families from 1945 to 1971. As the husbands embarked on patriotic missions to fight against the enemies, their families must content with horror of wars, mass emigration to distant land, and death of love ones. Their shared experience brought the military families together to support one another. Edit Translation 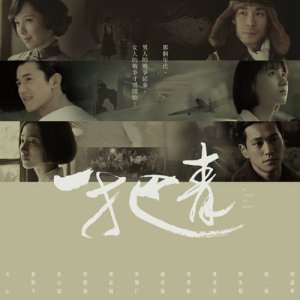 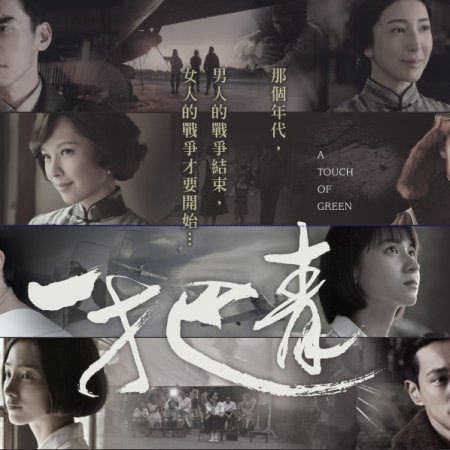 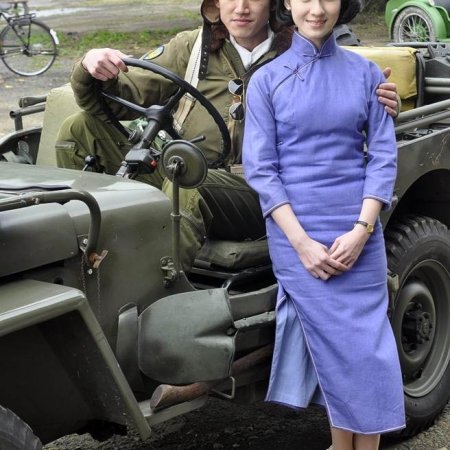 A Touch of Green is consistently heartbreaking, heavy in its themes, yet amazingly gripping, painfully realistic and most importantly, so very human. A shining gem in the age of stagnating Taiwanese dramas, this terribly underrated show is 100% recommended for its superb subtleties in writing, excellent character developments and fantastic acting amongst other things.

Strong female characters in a feminist drama, three-dimensional yet flawed characters, a touch of romance and sheer quality in writing+dialogue intertwined with great acting - what's there not to love?

PLOT: It is hard to summarise this show into a seemingly exciting synopsis without sounding like every other historical drama. In fact, it’s because there are SO MANY THINGS happening that you are just pulled along with each episode without much time to think about what just happened. And things don’t necessarily happen in clear cut arcs either, unlike more simplistic drama plots. What are cliches even?

However, a more important reason for this is the sheer heavy nature of the show. The first third of the drama is still fairly easy to watch quickly given its relatively more lighthearted nature. The show even arguably has its fair share of unexpected comedy to balance the heartache.

But soon, you will realise the drama is gonna take you to discover new lows. Just when you think that things cannot get worse, the drama proves you wrong time and again. It seems nearly impossible not to cry at all throughout the entirety of the show.

Hence a word of warning for all those (planning on) watching this, this drama definitely requires mental preparation. However!! This should never act as deterrent for you from watching the show! The story and characters are all so good there was no way my friend and I were planning to drop this.

CHARACTERS: In this highly character-driven plot, the characters are the backbone, flesh and the shining glory of this drama in many essences.

Again, it is hard to describe the main characters succinctly because it would do them no justice at all to create a stereotype for them to fit in. All of them are so complex and unique that the show definitely acts to shatter typecasting of the actors themselves.

In a nutshell attempt, Zhu Qing is independent and takes no BS from anyone yet beholds an unspoken innocence. Guo Zhen is also not just a charismatic and defiant pilot, but also harbours darkness in his heart only leaked through his sarcastic jabs and comments.

A great source of enjoyment from this show was simply watching the character development of all of the characters, especially across the more obvious “arcs” across time. It was also brilliantly portrayed and written how the characters kept their quirks and personality in some way or form across time. Yet all of them also grew and changed because of their respective painful experiences into new roles that the audience would never have thought to expect from the characters.

Human nature is so strongly presented in this show to our delight~. None of the characters are stereotypically “good” or “bad”. Most significantly, the wives and their seemingly demure nature is contrasted with the sacrifices and moral dilemmas that they are willing to go through for their husbands.

The relationship between the main characters are also constantly changing with new events. While they are friends and love each other, they fight, they leave snide remarks, they seek forgiveness and even betray each other.

Sometimes the characters even do seemingly inexplicable and irrational things, yet that is exactly what makes the show so human and complex. Even minor new characters are constantly introduced with almost none of them disappearing insignificantly.

STORYTELLING: Another part about this show I enjoyed very much was the narration/dialogue and many subtleties delivered in the filming direction.

Using the voice of Mo Ting, Xiao Zhou’s daughter and various objects in the show, many beautiful metaphors are delivered – the fake math equation 5×1=3, time being a drug with unknown side effects; a dove; plane 513; and the pilot’s bomber jacket next to Shi Niang’s qipao being kept.

OST: The main reason that I came to know of this drama was through Hebe Tien’s OST MV for this show titled "As it is" which can also be translated as “Numbed” or “Jaded”. This theme song alone epitomises much of the show’s heartbreak and complexity in its lyrics and appropos dramatism.

Clearly, the MV was enticing enough to reel me in to desperately find sources for it just to find out what this interesting-looking story was about.

REWATCH VALUE: There's probably so much more subtlety to appreciate from the script through rewatching, especially with the level of depth and complexity in the writing of characters. Hence, there should be a lot to still enjoy in the sheer quality of this drama, as long as you're prepared for the whirlwind of emotional drama to ensue.

CONS: If there is any thing to complain about this show, it’s that it can be hard to understand. The show uses specific and historically related references, so it’s somewhat easy to get lost and not catch why certain things are happening to the characters. Simultaneously, the characters themselves often use roundabout sarcastic jabs and often don’t mean what they say. So once you lose the context, it’s hard to understand what they really intended to mean.

PLEASE do give this show a try, because this show is really THAT good. I cannot do enough justice to this epitome of an underrated drama which swept accolades at the 2016 Golden Bell Awards, other than you being able to simply watch it and see it for yourself. 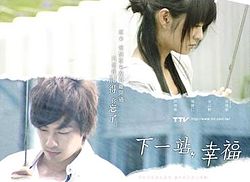 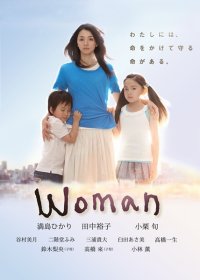