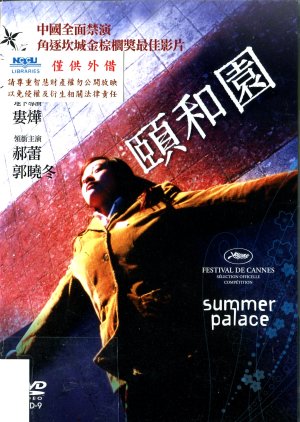 "The film was a Chinese-French collaboration produced by Dream Factory, Laurel Films, Fantasy Pictures and Sylvain Bursztejn's Rosem Films. It was made in association with France's Ministère de la Culture et de la Communication, Ministère des Affaires Étrangères and Centre National de la Cinématographie (CNC). (...) The film deals with a young student played by Hao Lei who leaves her small hometown to study at the fictional "Beiqing University" (a homage to Peking University). There she meets a fellow student and begins an intense romantic relationship in the backdrop of the Tiananmen Square protests of 1989. The film also follows the eventual disillusionment of these young idealists after the crackdown, as the years progress through the 1990s and into the 2000s (decade). The film is named after the Summer Palace located in Beijing. (...)" - Wikipedia Edit Translation 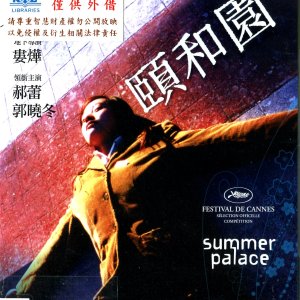 Completed
Senpai
0 people found this review helpful
Other reviews by this user
0
May 11, 2017
Completed 0
Overall 7.0
Story 8.0
Acting/Cast 7.0
Music 6.0
Rewatch Value 7.0
Yu Hong (Hao Lei) is a beautiful 17-year-old girl who will soon leave the small border town where she was born and raised to attend college at Beijing University. Just before Yu Hong leaves for school, she gives her virginity to her longtime boyfriend, Xiao, and commits to remain faithful to him. At the University of Beijing, Yu Hong makes friends with Li Ti (Hu Ling), another girl who deals with a long distance relationship, and meets Zhou Wei (Guo Xiaodong), a beautiful student who soon steals her heart. Yu Hong leaves his relationship with Xiao to commit to Zhou Wei, and she is swept away by her feelings for him as they embrace the new social and economic freedoms that are being felt on campus. The training of students in Beijing comes to a head during a series of demonstrations in Tiananmen Square; Protests have tragic consequences, and the excitement of new possibilities gives way to a sense of defeat. Yu Hong and Zhou Wei are separated and the heavy conscience of the state is brought to bear the rebellious students ...
This is the first Chinese film to feature male and female frontal nudity, "Yiheyuan" (Summer Palace) received its world premiere as an official selection at the 2006 Cannes Film Festival.
The strong point is undoubtedly the acting cast as well as youthful idealism and its unfortunate consequences addressed in the film. The support cast is uniformly thin and stands out in creating an emotional spectrum suited to the uncontrollably varied hues of the realistic environment.

The Greatest Chinese Films Of All Time
33 titles 5 loves