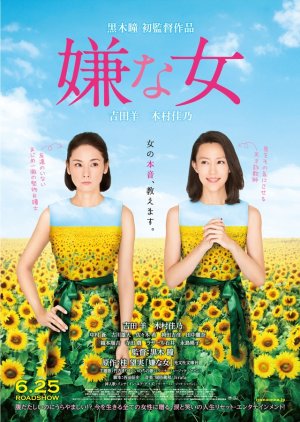 Natsuko Kotani was born to be a swindler. Meanwhile, Tetsuko Ishida is Natsuko’s distant relative. Unlike Natsuko, Tetsuko is an attorney with an upright disposition. Whenever Natsuko makes trouble, Tetsuko is called to solve her troubles. Believing that Natsuko is using her, Tetsuko, with her boring life, begins to change. ~~ Adapted from the 2010 novel "Iya na Onna" by Katsura Nozomi. Edit Translation 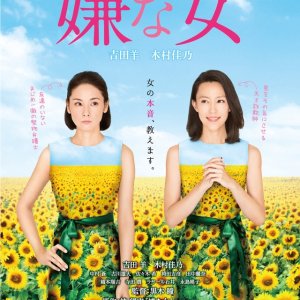 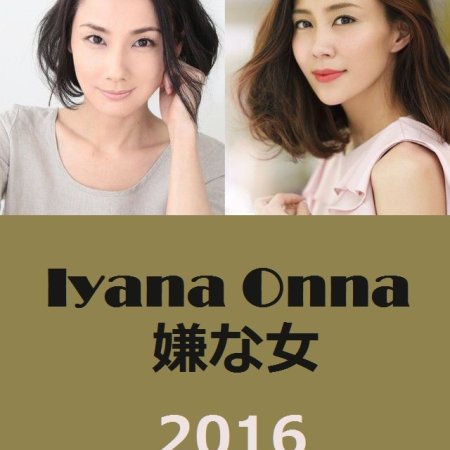 Completed
thatgirlsagenius
0 people found this review helpful
Other reviews by this user
0
Nov 18, 2016
Completed 0
Overall 4.5
Story 5.0
Acting/Cast 6.0
Music 5.0
Rewatch Value 1.0
This review may contain spoilers
I don't think I spoil anything but there are potential hints to spoilers.

I watched it for the interesting premise (and was looking forward to the dynamic between the main character and her cousin), and I was expecting a fairly high quality movie in all aspects... and was unfortunately disappointed.

The character development was largely abysmal, with the main characters not being really fleshed out into round characters throughout the movie, with the exception of the cousin growing on me (I liked that they tried to get the audience to sympathise with her however there was a point where it seemed almost too far). Several characters have rather cliched story arcs, and the movie itself having parts which were largely predictable.

The story itself was also a little easy to guess, they didn't really go to "new places" or try. I also have issue with the way the movie was filmed - a lot of techniques seemed very unnecessary and didn't add to the story, instead making the viewer extremely aware they were disconnected from the story, which I believe isn't what the director was really trying to do. Perhaps you'll enjoy it a lot more if you go in with an open mind. Overall, it had its enjoyable and comedic and satisfying aspects, but there were too many "flat" characters, not just a few of the main, but also the (relatively) side characters.

The acting was alright and probably one of the stronger points. Some (like imo the main character) weren't good, but to be fair they weren't given that much to work with either.

The music wasn't necessarily bad but some of it seemed really inappropriate and not fitting to the SITUATION.

And I wouldn't rewatch it but I rarely rewatch movies unless they're pretty good or chill so I won't take this too much into account honestly.

Tl;dr: don't go in expecting an award-winning movie. Just chill out, lower your expectations, watch it for the amusement and family drama.