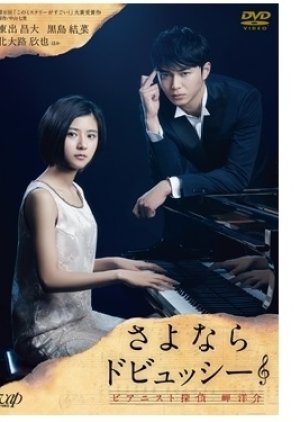 Misaki Yosuke is a public prosecutor who passed the bar exam with outstanding results and had a promising future. But one day, he suddenly resigns from his job and sets out to become a pianist. Misaki knocks on the door of a mansion built on quiet, high ground in Kamakura to get lodgings. It is the residence of a prominent local figure and multi-millionaire Katsuki Gentaro, who lives with his housekeeper Tsuzuki Michiko. Although Misaki has the temperament of an artist and his eccentricity is hard to handle, Katsuki quickly recognises Misaki’s talent and personality and decides to welcome him into his house. The Sanadas who live near the Katsukis has been a close family friend from a long time ago. They made a fortune in the furniture business and are as wealthy as the Katsukis. Katsuki’s childhood friend Sanada Kyoko, whom he has secretly loved for many years, is the head of the family. She lives under the same roof with eldest son Tetsuya, a banker; second son Kenzo, who still does not have regular employment at his age and wishes to be a manga artist; Tetsuya’s wife Etsuko; their daughter Haruka, an aspiring pianist; Haruka’s cousin Katagiri Lucia, whose parents died in a disaster; and housekeeper Mikami Kimi, who has served the family for many years. Katsuki asks Misaki to give individual piano lessons to Haruka and Lucia who are just like his granddaughters, but Misaki curtly declines. One night, tragedy strikes the Sanada family. Haruka, Lucia, and Kyoko get caught up in a fire. Haruka is the only one who escapes death despite the large burns she suffered. On the night of the fire, Haruka and Lucia made a final promise. “When you hold a concert someday, Haruka, will you play Debussy’s Clair de Lune for me?” Haruka’s pact with her beloved cousin inspires her to start out as a pianist once again. And Misaki is constantly by her side. Then Kyoko’s will is read and Haruka inherits 600 million yen. A series of queer incidents begin to occur around Haruka... Edit Translation 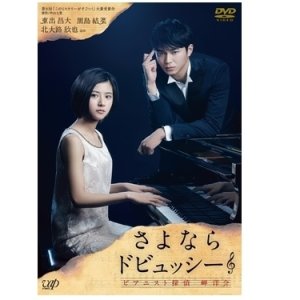 Completed
mmejul
1 people found this review helpful
Other reviews by this user
0
Sep 11, 2018
1 of 1 episodes seen
Completed 0
Overall 9.5
Story 9.5
Acting/Cast 8.5
Music 9.5
Rewatch Value 9.0
This is one of most impactful movies I personal have watched. My initial watch was nothing special, however, in the year following I began to notice myself thinking a lot about the plot, especially in a philosophical way. I was bewondered. I have watched it twice more since(rare).

I thought the movie has a inspiring, realistic, and impactful plot. There was also a twist I really did not seem coming.

The story is the life of a handicapped pianist, and how she came to be . I don't think a summary is needed as MDL provided a very generous one. Anyways, I shocked how well they tied such a story to Clair De Lune, very personal. Also there was not only a musical aspect to it, but also included psychological aspects (eg-like to what extend we go to achieve our dream). I haven't read the book, but I believe it did it respect.

The acting, setting, and cast were all visually pleasing. There was a multiple generations of actors and the acting was quite natural for its genre. The relations between family members are very realistically portrayed, like the sisterly-bond between the two cousins and bond between the teacher and student. There was no weird Japanese teacher-student love affair, as there shouldn't be, but a strict and dedicated relationship (as it is in real life).

The music was beautiful, all classical, no original.
I'm a classical music buff and I have played extensively piano and violin myself. The movie revived my love for Debussy. I love how they used Clair de Lune in the movie, and other pieces, to symbolize something greater by letting them speak the unspoken words. Clair de Lune is a favorite, I decided to play it again because of this movie. Other artists like Beethoven and Chopin were also featured. Another beauty is how movements were incorporated as music notes and how one can be identified by the music they play. You'll see when you watch it. ;)

I'll end the review with two favorite quotes of the movie:
"Everyone is equal before music". & "It doesn't matter who the person is, but what has been accomplished".