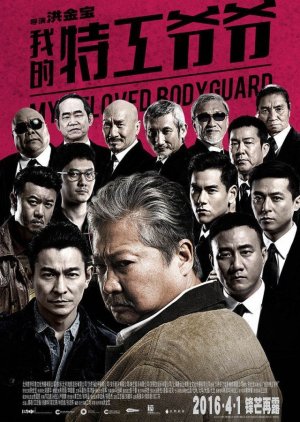 A retired bodyguard who has settled into a corner of the world where China, Russia and North Korea meet as he suffers from early dementia finds a new friend in a young girl. When her life is threatened by her father's connection with a local crime lord, the bodyguard must call upon his long forgotten skills to save her. Edit Translation 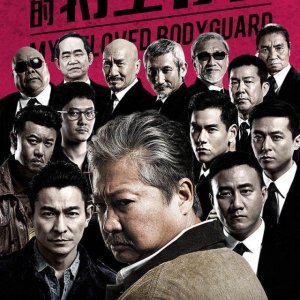 Completed
phantom_mom
1 people found this review helpful
Other reviews by this user
0
Oct 8, 2016
Completed 0
Overall 7.0
Story 7.5
Acting/Cast 7.5
Music 7.0
Rewatch Value 2.0
This I found on Netflix as "The Bodyguard" and it looked like it would be a fun action movie. It was pretty good but not what I was expecting.
The story was a bit slow; more of story based then just action though it had a decent amount. The action that was in it was pretty great. The old guy had some mad skills. The fight scenes were really well done and very smooth. It was worth watching just for that. The story was sweet with a touch of sad. There was some mild graphic moments so not really for kids.
Was this review helpful to you?

Completed
Senpai
0 people found this review helpful
Other reviews by this user
0
Jun 6, 2017
Completed 0
Overall 7.0
Story 8.0
Acting/Cast 8.0
Music 7.5
Rewatch Value 6.0
The old man is like Kung Fu Panda! Who will see will know.
This quote sums up the abilities of the character Hung Ding. Ding is a retired officer of the Central Security Bureau in Beijing who is in the early stages of dementia. He is a man full of regret and remorse, but he chooses to isolate rather than face the issues surrounding him. One big pressure on him is the fact that his granddaughter disappeared while he was taking care of her. But then, at one point, Cherry Li, a little girl next door, shows up at his apartment to hide behind fighting with her father. What is the beginning of a unique friendship ...
"My Beloved Bodyguard" is not the typical martial arts movie we're used to, it's old and, apparently the director, wanted to address that.
So most of the focus is on Ding being an old man. He gets some backup from old friends to make that claim. People like Yuen Baio, Dean Shek, Yuen Wah and Tsui Hark to name just a few. These are no more than camouflaged old actors, yes there are many in the cast.
For me, it was not a disappointment. More so, because they had the impression of taking action too. Now, that would have been something I must admit to disappointing. Although it did not detract from what they were looking for in the film. In essence, this film is about Ding coming to terms with old age, dementia and guilt. The action is in service of this.
This explains the fact that there is not much action. "My Beloved Bodyguard" is an old cast movie, we have to consider its limitations while waiting for a more action-packed adventure, got something so good in return, one day we can not do the things we used to do. You need to be prepared for it. Old age will come to all and this is the essence of the film, this is the moral of the story.