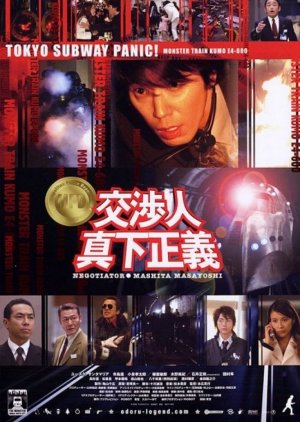 On November 24, 2003, soon after police had closed down the Rainbow Bridge to apprehend the perpetrators of the “Daiba serial murder case,” police “negotiator” Mashita (Yusuke Santa Maria) found himself surrounded by reporters outside the Bayside Police Department. “Well, yes, I’ve been getting a lot of attention as the department’s first official negotiator….” was Mashita response to a reporter’s question. One year later, that remark would come back to haunt him, embroiling he and all of the Tokyo in a subway crisis of potentially disastrous proportions. Tokyo, Dec. 24, 2004. Christmas Eve. As dusk falls, the crush of commuters mounts. Not a good time for all the city’s subways to stop running. Suddenly, the Metropolitan Police Department is faced with perhaps their biggest crisis ever. Somebody has hijacked the “Spider E4-600,” a state-of-the-art prototype super train, and is remotely controlling it via the Internet to run rampant through the massive web of underground railways that lies beneath Tokyo. Police Superintendent Muroi summons negotiator, Mashita, who is told, to his horror, that the mystery train jacker, who goes by the name of “Dangan (Bullet) Liner,” has called Mashita personally to “come out and play on the trains.” Edit Translation 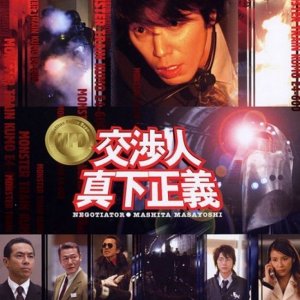 New Topic
Be the first to create a discussion for Negotiator: Mashita Masayoshi