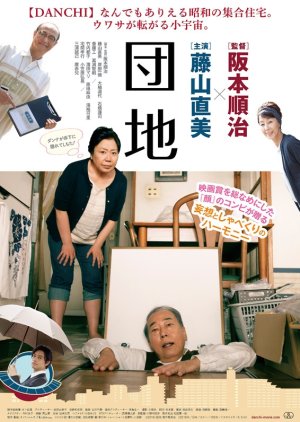 The danchi (apartment complex) where the Yamashitas, Hinako and Seiji, have recently moved is still a bustling place, with gaggles of gossiping housewives and a blustery residents’ association president, Shozo, and his chirpy wife, Kimiko, doing their interfering best to keep the danchi wa (harmony) intact. Seiji was once a maker and seller of traditional Chinese medicine, but closed his shop half a year ago and moved with Hinako. One day, however, Hinako spies an old customer from her third-floor veranda: Mr. Shinjo, an eccentric young man who speaks broken Japanese with an odd formality, like an android with faulty programming. Shinjo wants a kind of medicine he insists only Seiji can make, and the old man, who has supplies stored under the floorboards, gladly accepts his order. But then Seiji is humiliatingly defeated in an election for president by the incumbent Shozo and becomes a shut-in out of embarrassment, hiding in the storage area under the floor whenever company calls. After two months pass, danchi gossips spread the rumor that he has been murdered by Hinako. Finding herself a danchi pariah, average-housewife Hinako rebels against the unfairness of it all. Her resistance is not only refreshing, but sets the stage for dramatic developments, especially after Shinjo offers her and Seiji the ultimate escape. Edit Translation 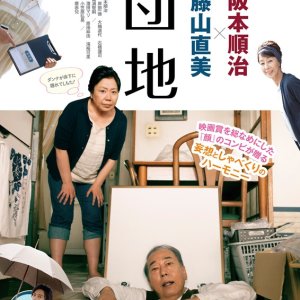 New Topic
Be the first to create a discussion for Danchi