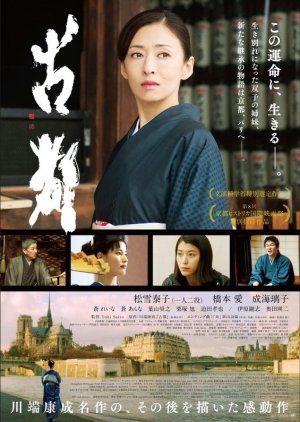 Chieko Sanda has operated a dry goods store in Kyoto for the past 20 years. Her family has owned the store for generations. Chieko is conflicted on whether her daughter Mai will take over her position with the changing of times. Mai is a college student and has not decided whether to take another job or take over the dry goods store. Meanwhile, Mitsuko Nakata runs a forestry in the outskirts of Kyoto. Mitsuko is Chieko Sanda’s twin sister, but they were separated at an early age. Mitsuko is in serious financial difficulties. Mituko's daughter, Yui, has talent in art and she goes to France. There, Yui feels a sense of powerlessness. Mitsuko notices and goes to Paris to see her daughter. Mai travels to Paris to take part in an event to show Japanese culture. Edit Translation 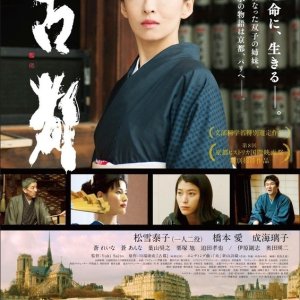 Completed
Senpai
2 people found this review helpful
Other reviews by this user
0
Jun 29, 2017
Completed 0
Overall 8.5
Story 9.0
Acting/Cast 8.0
Music 7.5
Rewatch Value 6.5
Trapped inside tradition ...
We have to understand that Kyoto seems to be the most international city in Japan, if the number of foreign tourists is the only criterion. More than one million visit the city annually, giving the 1.5 million inhabitants, especially those who live and work in and near the main tourist sites, much exposure to outlanders.
But as Yuki Saito's film "The Old Capital" makes clear, the residents of this ancient city, whose ties to Kyoto can last for centuries, not everyone embraces this influx. It represents one of the many threats to traditional culture and way of life that draw many visitors to the city in the first place.
In other words, a reality shown in fiction!
The cinematography is perfect the oldest and least trafficked parts of Kyoto and the nearby forests and streams are so lovely. The glimpses of the noisy modern city or turbulent areas like the Gion district are, on the contrary. A very well crafted blend.
Also the four main characters, twin sisters both played by Yasuko Matsuyuki and their grown daughters Riko Narumi and Ai Hashimoto are what can be called "local patriots," whose roots of Kyoto are as deep as their DNA, no matter how far they Can go.
The story is basically based on Yasunari Kawabata's 1962 homonymous novel, which was filmed twice before, "The Old Capital."
"The Old Capital" is a film that focuses on the culture shock of the old and the new, maintaining traditions or adapting to innovations. In fact time is an inconstancy, which shapes and reshapes customs. Difficult to make a decision to remain faithful to the ancestor traditions or change according to worldly tendencies. The side you choose does not matter, one thing that remains the same since the earliest civilizations is moral ethics, although today almost scarce will never be extinct, it lives in each of us, pity that for the most hidden form, Who prefer to follow the customs and tendencies of others for lack of character by displaying condescendingly easy behavior to be influenced by the media or by their own friends, the fault of a ghost called the fear of being different, for it is fitting to be equal in society than to be taxed Different or strange.