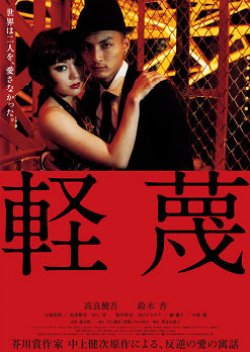 Kazu is the only son of a prominent family. In spite of his distinguished upbringing, he spends most of his time gambling all his money away in Tokyo. He meets Machiko, the number one pole dancer at a club in Kabukicho, Shinjuku. The two start a fling based on mutual attraction and attempt to begin a life together in Kazu's home town. However, his family is unwilling to recognize the relationship. Machiko soon returns to Tokyo and Kazu comes to the realization that he has no way to pay off the massive debt he's racked up with a dangerous loan shark named Yamahata (Omori Nao). Out of frustration, Kazu goes to Tokyo to confirm his love for Machiko. Meanwhile, Yamahata has offered to cancel his debt if he hands Machiko over as payment. Edit Translation 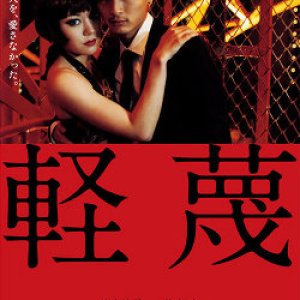 Completed
liisun
4 people found this review helpful
Other reviews by this user
0
Mar 24, 2012
Completed 0
Overall 10
Story 9.0
Acting/Cast 10
Music 7.0
Rewatch Value 8.0
I really enjoyed this movie. I am particularly a fan of Anne Suzuki and that is the sole reason I was interested in this film. However I was blown away by multiple performances in the novel brought to life. Anne who I love pulls off a very convincing stripper which for her is a controversial role. Kengo's character who is a gambling addict and the black sheep of an esteemed family, always getting into trouble also plays a convincing role. The film was well written and pretty well shot for a low budget. The only negative I can say about this film is that it's not for the younger viewer's as it encompasses nudity,adult situations and even rape. However those who are old enough should certainly check this out.