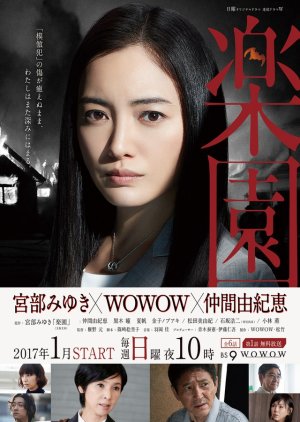 An incident is talked about all over Japan. The case involves the Doizaki couple that killed their 15-year-old daughter and hid her body under their house for 16 years. One day, housewife Toshiko Hagitani visits Shigeko Maehata who works for a small editing company. Toshiko tells Shigeko that her 12-year-old son Hitoshi might have a special ability to see other people's memories. She pulls out a picture drawn by Hitoshi. The picture has a girl with a grey colored face lying in a house that has a bat shaped weather vane on its roof. The picture seems to depict the incident involving the Doizaki couple. Shigeko decides to do some research, but Hitoshi dies in a car accident. Meanwhile, the attorney for the Doizaki couple tells their second daughter Seiko that the couple has cut off all ties with her. Around that time, a female high student is confined. Edit Translation 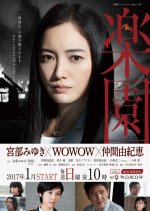 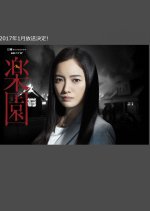 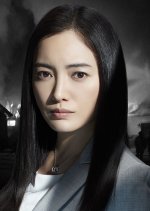 Completed
arashinta
0 people found this review helpful
Other reviews by this user
0
Nov 22, 2019
6 of 6 episodes seen
Completed 0
Overall 8.5
Story 8.0
Acting/Cast 10
Music 8.0
Rewatch Value 7.0
[WARNING: the rating and review I give have the possibility to be subjective due to my preference for the genres, scenes or casts]

"Unless you sacrifice someone, you won't be able to achieve happiness."

Shady until the very end. I can say nothing. This dorama is very good for me (well, I don't know how with the other who didn't like the genre). You'll try to guess the bad one and the motive. Hmm ... so far the bad one can be guessed easily, but at the first you (at least me) can't find the connection with the main story easily. The motive not too clear, and the closure is quite flat. Well, I love the clear ending after all (^_^;)

"A paradise made by committing sins is nothing more than an illusion."

Rakuen produces a number of seemingly unconnected yet highly enigmatic characters and story arcs that slowly interweave into a cathartic finish. Said ending also contains a twist that seems slightly forced but is nonetheless tragic and powerful. The series has an interesting tendency to create and subvert parallels between different characters- for example, between Doisaki Akane and Miwa Aiko, Doisaki Akane and the kidnapped girl, the director and Doisaki Hajime, Shigeko Maehata and Harumi Takahashi, etcetera. Running through the series is a cruel irony; that what is done with good intention may create even more grief and suffering.

Not that I'm an expert, but Rakuen feels really well-filmed; contrasting with the title yet keeping in line with the themes of sin and forgiveness, some settings often feel as if they're taken straight out of hell. The soundtrack has a dramatic, movie-like feel that may seem a bit much but is appropriate considering the heavy themes the series deals with. The acting was fantastic; amongst the great cast, Kobayashi Kaoru, Kaho and Kaneko Nobuaki were the highlights.

As people have said, sometimes the actions of the characters sometimes seem implausible and spontaneous. This may be the case, but hey- if people acted rationally, would anything go wrong the way it did in this series? I would have loved it if there were more elements of the supernatural (which sadly seemed like a plot device in the end) but in things could have gone South really quickly if that were the case.