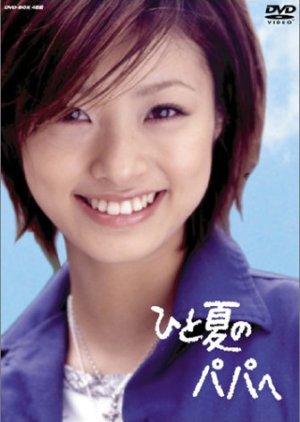 A high school student's mother passes away leaving her alone with her grief. The girl, Marimo, discovers the name of a father she never knew. Marimo sets off to meet him, but is completely shocked when she finds someone very different from the father she envisioned. Her father, Shinpei, a 38-year-old would-be private detective, is shocked too, and doesn't believe her until he sees the paperwork. With Marimo muttering "The worst father in the world" and Shinpei lamenting the loss of his freedom, these two are about to learn how difficult and rewarding a father/daughter relationship can be. Edit Translation 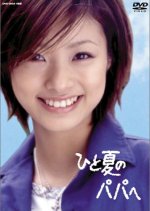 Completed
rad_lisette
3 people found this review helpful
Other reviews by this user
1
Jan 16, 2012
10 of 10 episodes seen
Completed 1
Overall 7.0
Story 7.0
Acting/Cast 7.0
Music 6.0
Rewatch Value 7.0
A drama about a teenager who moves in with the father she didn't know existed until after her mother passed away.

This is a Japanese drama from 2003 but it looks a lot older because of the poor cinematography quality, which is very grainy and faded.

Ueto Aya is cute as the sassy teenager who has to deal with a father who is reckless and very childish. Kitamura Kazuki plays the father, a private investigator who seems a bit seedy. The two have good chemistry.

The plot was decent but my complaint: not enough father and daughter interaction. There was a lot of time spent on the side characters and it got annoying after a while.

Also, I didn't find the subbed last episode so lack of closure for me.