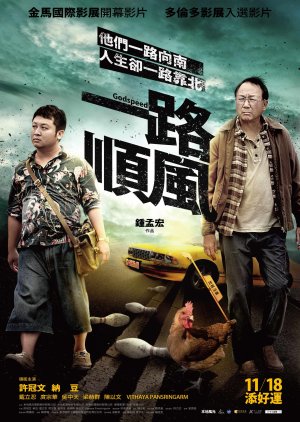 Na Dow, who grew up lying, stealing and fooling around, decides to straighten out and takes his first steady job as a courier. The job is simple: hail a cab at sunrise, deliver a package to a close friend of Na Dow’s boss, and return on the same cab by sunset. Little does he know that he would be delivering heroin of top-notch quality. Na Dow hesitantly gets on a shabby taxi driven by the seemingly carefree Old Xu, a Hong Kong native who came to Taiwan 25 years ago and somehow decided to stay. Na Dow's plan to reform himself and Old Xu's wish for a peaceful life take a downturn when they become the target of a mob attack. The drugs and the money are gone, and Old Xu and Na Dow are held hostage in the trunk of a car. Edit Translation 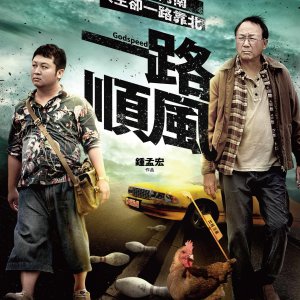 Completed
Senpai
0 people found this review helpful
Other reviews by this user
0
May 11, 2017
Completed 0
Overall 7.0
Story 7.0
Acting/Cast 8.0
Music 6.5
Rewatch Value 5.0
The spell he had turned on the sorcerer.
Mong-Hong Chung may not be the most productive director, the followers know what I'm talking about, yet he gave his best in "Godspeed."
"Godspeed" will depend on which other movie was last watched, it is not a comedy, although there is a strong comedy trend is a good crime film or a film so slightly disappointing.
It is quite black and expressionless, also somewhat absurd and unreasonable.
Not that the film has any truisms to be highlighted or weakness, but compared to the previous films of the genre, it is quite weak yet still leaves a beautiful, original and quirky genre film that should do well with people who are not too attached To rigid narrative structures and that it is easy to recommend if you do not mind seeing a good crime film.

New Topic
Be the first to create a discussion for Godspeed