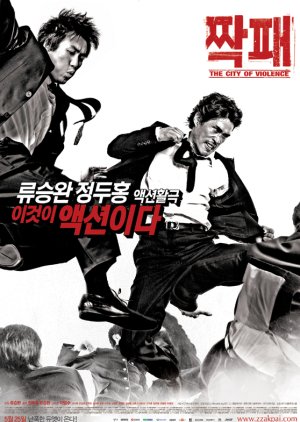 After an ex-gangster named Wang Jae is killed by a gang of punks, his four childhood friends come back together for the first time in nearly twenty years. Each of them has gone different ways, Tae Soo a detective, Pil Ho a powerful mobster who once worked with Wang Jae, Seok Hwan a reformed mobster and his brother Dong Hwan a math teacher. They reminisce about times gone, their mischievous teen years, and a pact they made on a school picnic. (Source: Wikipedia) Edit Translation 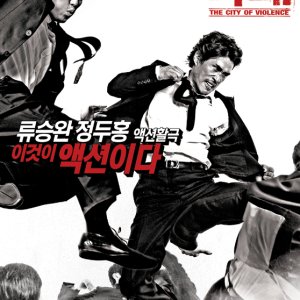 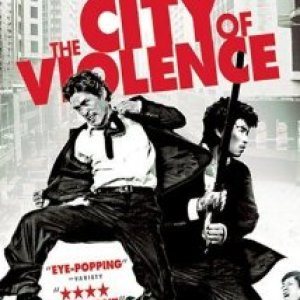 Completed
PrashastSingh
0 people found this review helpful
Other reviews by this user
0
Mar 18, 2018
Completed 0
Overall 8.0
Story 6.5
Acting/Cast 7.0
Music 6.5
Rewatch Value 6.5
This is a film action buffs (like me) should definitely watch, because it offers a lot of well choreographed and excellently shot action sequences. The last action block is extremely mind-blowing and the moves are classic & epic in themselves. There's hardly an action scene that fails to leave an impact. Indeed, every action scene had me dropping my jaw. If I see this film again, the action would be a reason enough.

But that's just what the film is about.

THE CITY OF VIOLENCE or JJAKPAE does have stylish and mesmerizing action scenes to leave enough of an impression on the viewer. But it suffers in the writing department. The story starts pretty slow with some uninteresting moments, which made me difficult to finish the film in once. I would've watched it quite earlier too but the beginning was way too boring to make me proceed with watching it in once.

But when I recalled the excellent action clip I had seen from the film on YouTube, I decided to give it a full watch today finally. And I did enjoy it, though not totally.

The film's writing is very uneven as the story starts slowly as I already said, and then suddenly the events are rushed one after another; rather so much that it's hard to relate to anyone. The last 30 minutes, however save the film as in this runtime itself the film ends up justifying its title.

Another thing that's praiseworthy is that Ryoo Seung-wan, who also stars in the lead role along with veteran action director Jung Doo- hong, has avoided unnecessary violence. Whatever we see is just integral to the story and not a single violent shot seems pointless. But both the actors are just fine when it comes to their performances; The latter excels in the fights and the energy of the duo is enough to make you enjoy this badly written action entertainer. Rest of the cast is just average in performances.

The cinematography styles in certain portions are quite innovative and have a classic feel.

This film could disappoint you if you like story-driven stuff.

But if you're an action lover and can ignore the uneven writing and some unimpressive performances, this film is made for you. THE CITY OF VIOLENCE is not the best action film, but it does have some of the best action scenes ever. (The 8 is for the action only!)